Phuket has announced a total of seven injuries and seven road accidents on just the fourth day of the seven days (December 29th, 2022 to January 4th, 2023) of the ‘New Year’s Seven Days of Danger’ road accidents campaign 2023.

Six road accidents were in Mueang District and another accident was in the Kathu district with seven injuries (5 males and 2 females). 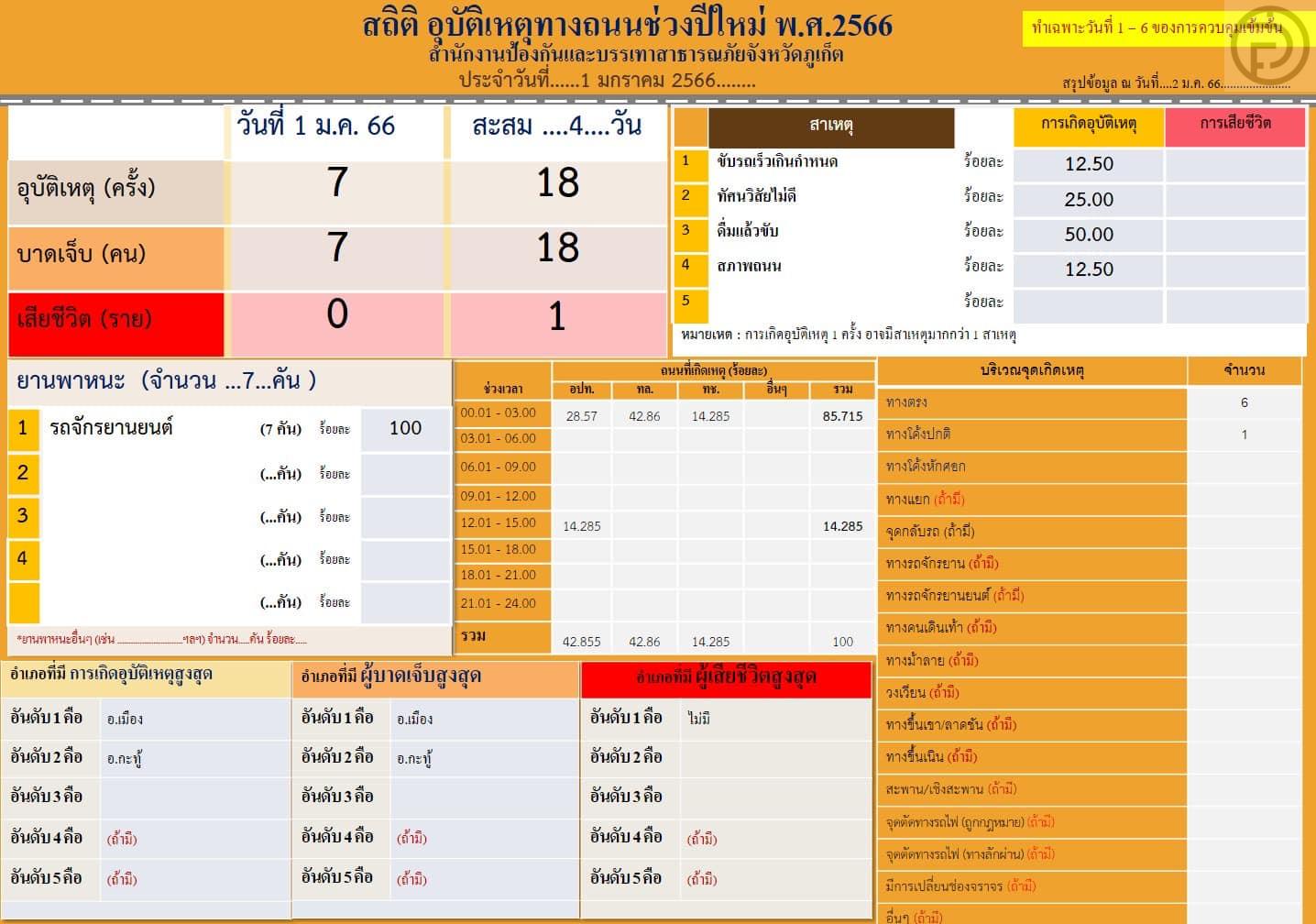 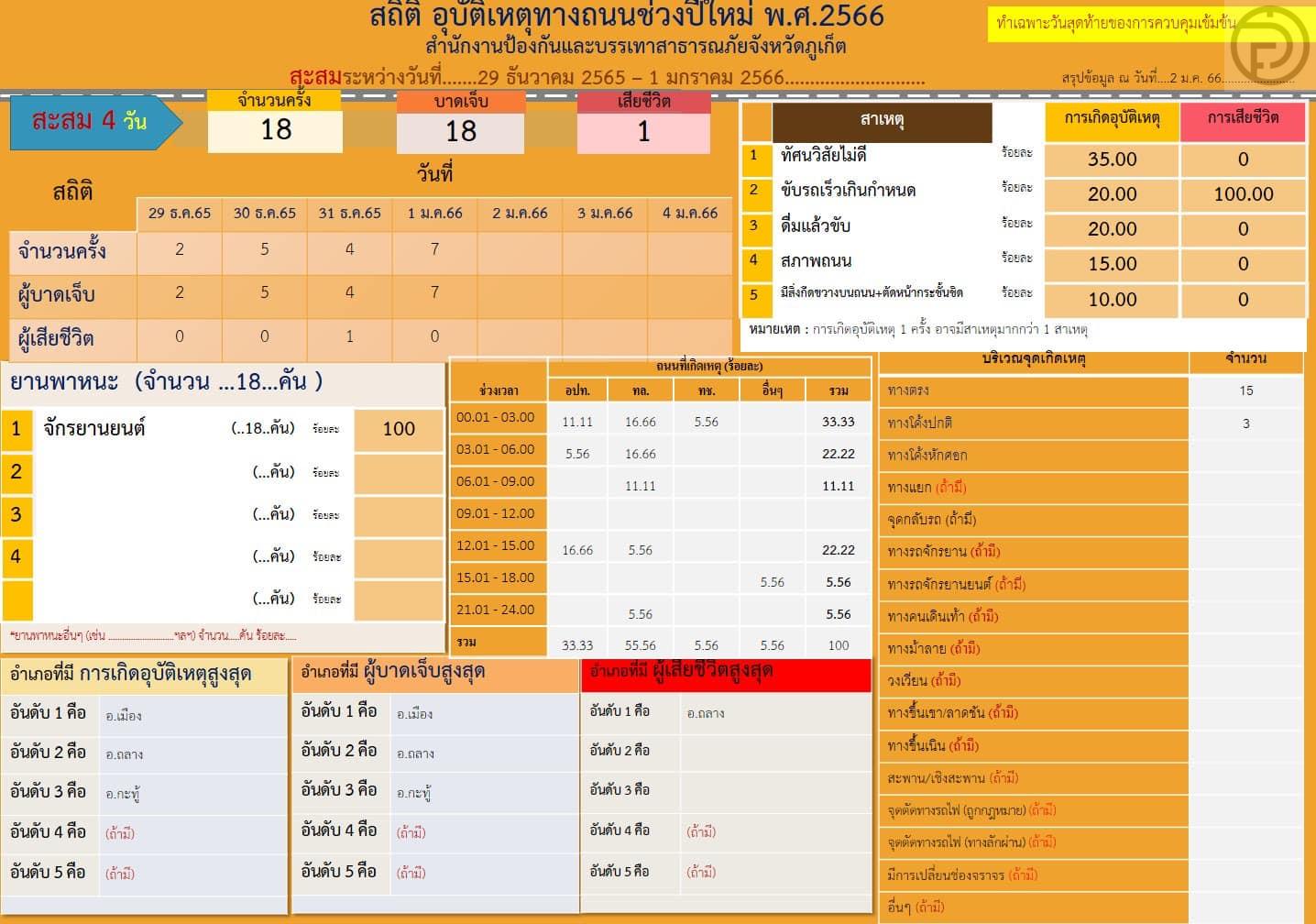 In a total of all four days in Phuket (December 29th-January 1st) of the Seven Days of Danger, there has been a total of eighteen road accidents, 18 injuries (10 male, 8 female ), and one death (male).

Phuket officials reported one casualty on the third day of the New Year’s Seven Days of Danger road accidents campaign.