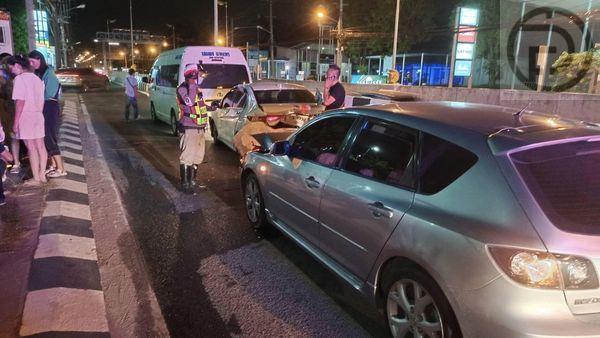 Phuket officials reported one casualty on the third day of the New Year’s Seven Days of Danger road accidents campaign.

On December 31st, there were four traffic accidents that ended with four people getting injured and one dead, Mrs. Arporn Rutarapan, assistant head of the Office of Disaster Prevention and Mitigation in Phuket, reported today, January 1st, 2023.

The casualty was a male victim while the four injured were three men and one woman. The vehicle most prone to accidents was still motorcycles, according to Mrs. Arporn. The causes of accidents were primarily related to speeding, driving without a motorcycle helmet, and obstructions on the road.

Mrs. Arporn concluded that there have been 11 traffic accidents happening so far in Phuket after three days into the New Year’s Seven Days of Danger campaign. The Phuket governor said that relevant agencies needed to cooperate with roadwork contractors to minimize road accidents.
-=-=-=-=-=-=-=-=-===-=-=-=–=–=–=–==-