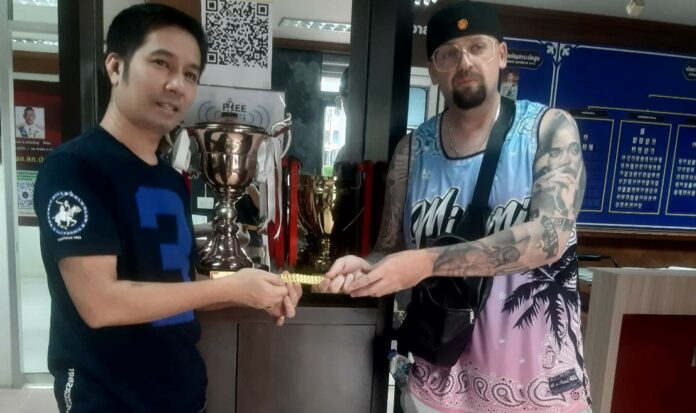 A gold bracelet worth 150,000 baht has been returned to a British owner in Patong by a Thai man.

The Patong Police told the Phuket Express that on Wednesday, January 11th , Mr. Jakkarin Kongmueang, 46, filed a report to the Patong Police with the bracelet made of gold which is now worth 150,000 baht. He told police that he found the gold bracelet at a bar in Soi Bangla on January 11th.

The Patong Police told the Phuket Express that on Friday, (January 13th), Mr. Ryan Ashley Horner, British national, came to the Patong Police to ask if anyone found his gold bracelet. To Ryan’s great surprise, police said yes, someone found it

The gold bracelet was finally returned to the owner Mr. Horner who said thank you to Mr. Jakkarin. He is very happy as he had no hope to find his gold bracelet after losing it.