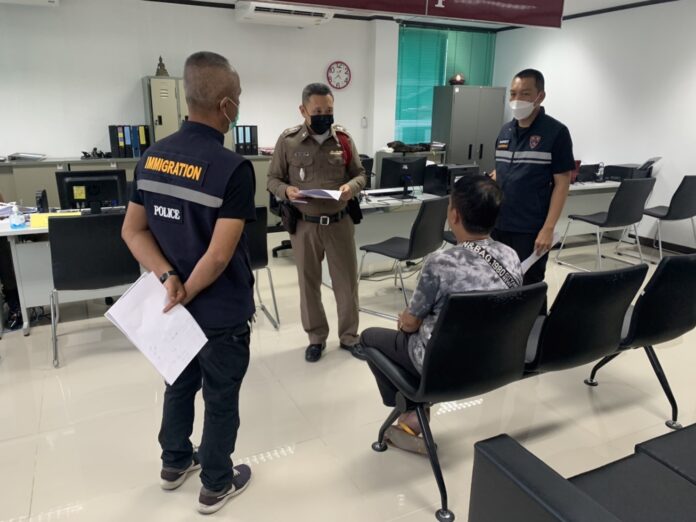 A 55-year-old Filipino man was arrested in Kathu for 252 days of overstaying his legal visa conditions.

The arrest came after officers found that Mr. Lopez was overstaying following tips from concerned citizens. They continued their investigation and they found where Mr. Lopez was residing.

Mr. Lopez entered Thailand via Ranong Immigration on March 4th, 2020. He used a NON-90 Visa until June 1st, 2020. After that, he extended his visa at Phuket Immigration with Covid exceptions during the Covid pandemic and was allowed to stay until March 25th, 2022. He is now at 252 days of overstaying. Phuket officials also believed he was illegally working in Thailand during his time here.

He was taken to the Kathu Police Station to face overstaying charges and is waiting to be deported at his expense.