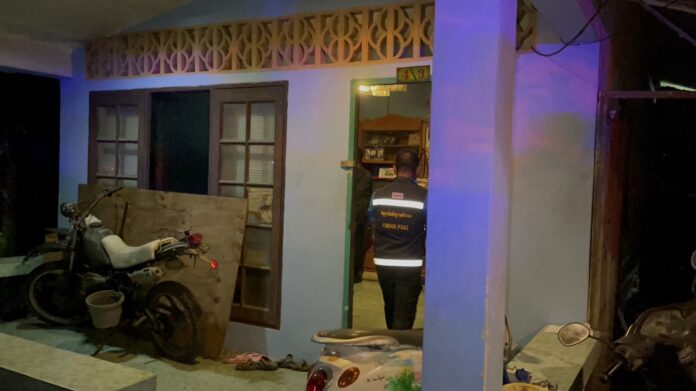 A 26-year-old man has been officially charged with murdering his own father after slitting his dad’s throat following an argument over buying cigarettes in Thalang, Phuket.

An adult son has been arrested after reportedly slashing his father’s neck with a sharp instrument, murdering him, in Thalang.

The Thalang Police told the Phuket Express that the suspect, Mr. Arnon, is facing charges of murder.

The murder took place after an argument broke out between the suspect and the victim at their home over buying a pack of cigarettes. Arnon claims his father became enraged and physically attacked him and that he used the knife to defend himself.

Arnon claimed to be very sorry and continued to say he did not intend to kill his father, but was trying to defend himself after his father allegedly attacked him first. Arnon is expected to plea self-defense to the Thai court.

Arnon remains in police custody, it is unknown if he will be granted bail.