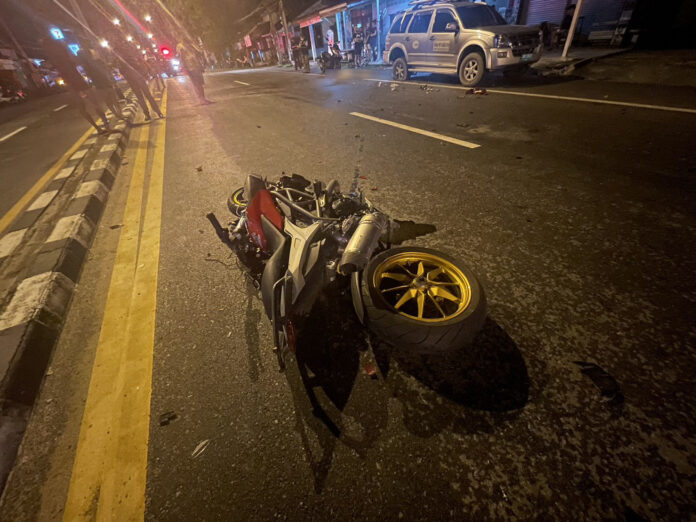 Two Russian nationals and one Thai died after a big bike, a motorbike, and a taxi car collided in Rawai.

Emergency responders were notified of the accident at 3:30 A.M. early this morning (November 4th) on Wiset Road in the Rawai sub-district, Mueang Phuket district.

The Chalong Police reports the rescue workers arrived at the scene to find the damaged big bike, the motorbike, and the taxi car on the road. Nearby, rescue staff found the body of the 35-year-old Russian man big bike rider. A 29-year-old Russian woman, the passenger who was found nearby, was later pronounced dead at a hospital. (The Phuket Express is withholding their names pending embassy and family notification)

A second smaller damaged motorbike was also found on the road. An unidentified foreign male rider and his male foreign passenger had sustained various injuries. A 26 -year-old female Thai passenger was later pronounced dead at a local hospital.

The damaged taxi car was found on the side of the road with Mr. Niphon Sanguannam, the driver, waiting uninjured at the scene.

Police are checking CCTV footage nearby to find the cause of the accident for further potential legal action. It was not immediately clear what the sequence of events were in the crash.

Meanwhile yesterday (November 3rd) a Singaporean motorbike rider has died after crashing into a truck in Kamala.