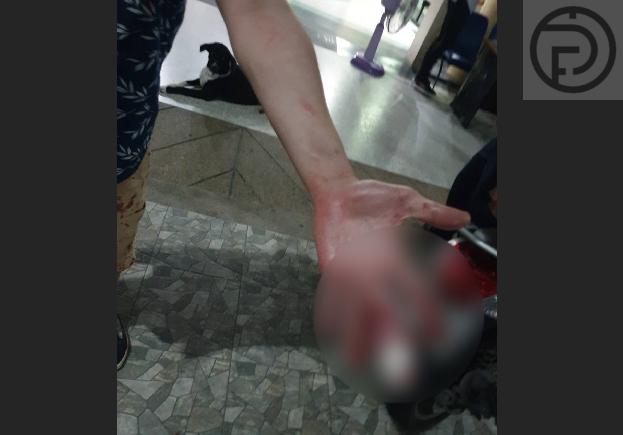 An American man has sustained injuries after he was allegedly attacked on Bangla Road in Patong.

Emergency responders were notified at 3:30 A.M. this morning (September 28th) that a tourist was allegedly attacked on Bangla Road in Patong.

They arrived at the scene to find the injured 35 year-old American man. He had sustained injuries to his face and his middle finger of his left hand. He was taken to a nearby hospital for treatment but was reportedly released not long after. His name was withheld by emergency teams.

He was with a 24-year-old Russian woman who was not injured. They reportedly were tourists who stayed at a hotel on Phra Baramee Road in Patong, Kathu. The American man told first responders that only he was attacked.

However, details about why the American man was attacked and who was responsible were vague, with police planning to conduct a full investigation and question the American tourist.

The Patong Police are continuing their investigation to find out exactly what happened for further legal action.