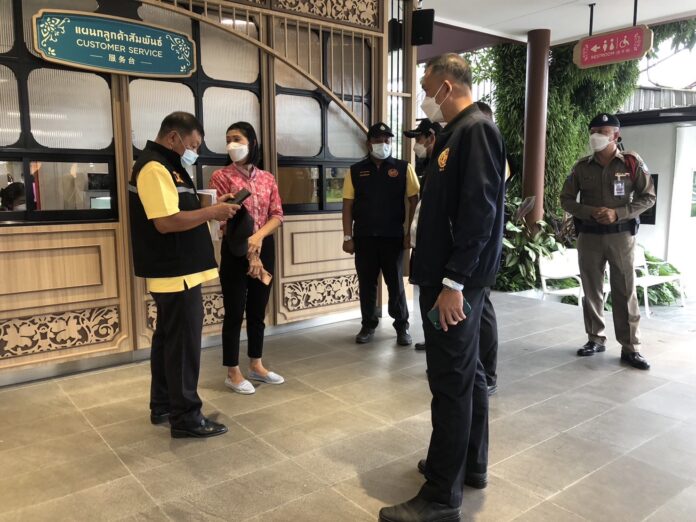 Two minivan drivers presented themselves to police after allegedly attacking other drivers in front of a famous souvenir shop in Phuket.

A video clip of minivan drivers fighting while foreign tourists were watching them at a famous souvenir shop in Phuket has gone viral in social media yesterday (September 20th).

The Phuket Provincial Police Commander Major General Sermphan Sirikong told The Phuket Express, “One of the drivers, Mr. Chanon, had been injured from a slash wound to his head. He said he does not personally know the other minivan drivers.”

“The drivers involved in the brawl were disappointed about getting tips (commission) from taking customers to the souvenir shop but someone else had allegedly jumped the queue to receive money from the shop instead.” Major General Sermphan explained.

“The two main suspect drivers are Mr. Nattaphon and Mr. Piya (full names not released) who sped away after the incident. However, they later presented themselves to the Thalang Police. They used a small axe to attack Mr. Chanon. They said Mr. Chanon looked at their face wrong which was a challenge to fight following the conflict over tips.” The Major General added.

Police and the Phuket Land Transport Office officers are continuing their investigation for further legal action.