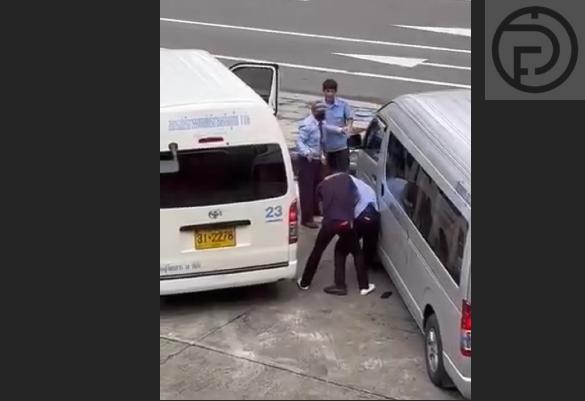 A video clip of minivan drivers fighting while foreign tourists were watching them at a famous souvenir shop in Phuket has gone viral in social media.

“Minivan drivers were waiting for foreign tourists while they were shopping inside the shop. Both parties were disappointed with some issues, reportedly about who would transport the tourists, before they started the fight. One of the drivers sustained several injuries. He went to a hospital before filing an official report to police.” Colonel Pisit noted.

The Phuket Land Transport Chief Mr. Atcha Buajan told the Phuket Express, “We have been notified about the incident. We are investigating to find out what happened for further legal action.”