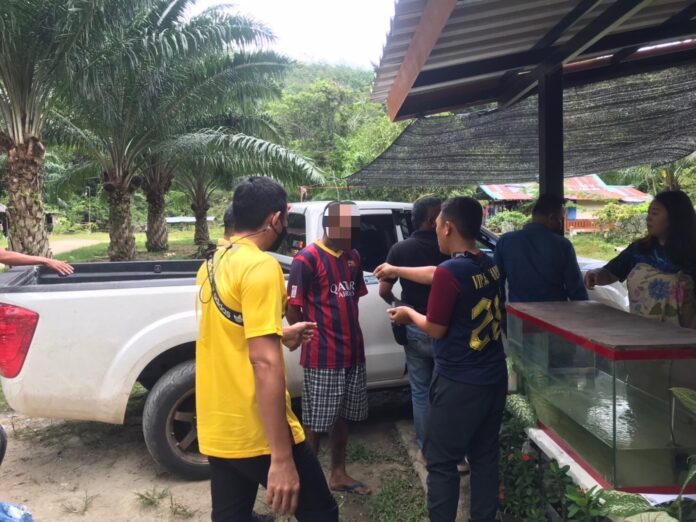 A suspect who opened fire in an armed fight near Saphan Hin Public Park in Mueang Phuket was arrested in Satun.

A man has sustained injuries from a slash wound after a fight with his former friend near Saphan Hin Public Park in Wichit on August 28th.

Yesterday (August 31st), the Wichit Police have arrested Mr. Thitisak ‘Tat’ Detjaroen, 25. He was arrested in Satun. He was taken back to Phuket.

Tat admitted to Phuket police, “Mew (the victim) and I are friends. We helped to collect pieces of iron scrap to sell. Mew accused me of stealing some iron scrap. Mew attacked me with a knife before I protected myself by opening fire. Mew snatched my gun before speeding away. After I got treatment at a hospital, then I fled also.”

Tat remains in custody as of press time.