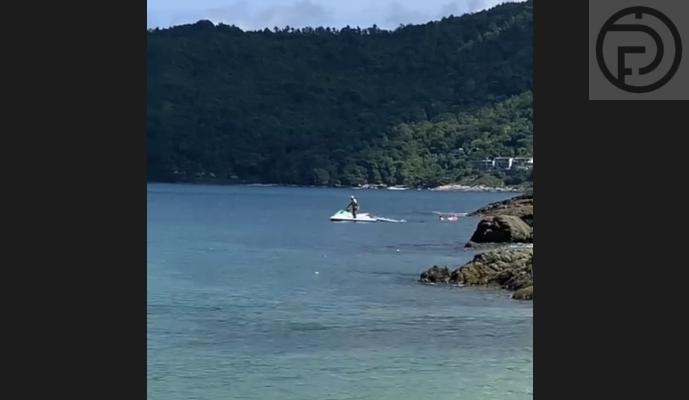 Thai Police have confirmed that the body found near Yanui beach yesterday morning, July 27th, was an American man, 73, who is believed to have fallen from a rock near a viewpoint in Rawai.

A body of an unidentified foreign man was found near a beach in Rawai this morning (July 27th).

Lieutenant Colonel Eakkachai Siri of the Phuket Tourist Police told the Phuket Express yesterday afternoon (July 27th), “The body of the man was later identified as an American, 73  (The Phuket Express is withholding his name). He arrived in Thailand on July 11th. He checked in at a hotel in Nai Harn, Rawai.”

“His body was found between big rocks near the Windmill Viewpoint at Naiharn Beach. No signs of a struggle or conflict were found on his body.” Lt. Col Eakkachai added.

“At this stage, police believe the American man might have fallen from a rock near the viewpoint. However, the cause of death is being confirmed via CCTV footage that is being checked. The embassy and his family have been notified.” Lt. Col Eakkachai concluded.