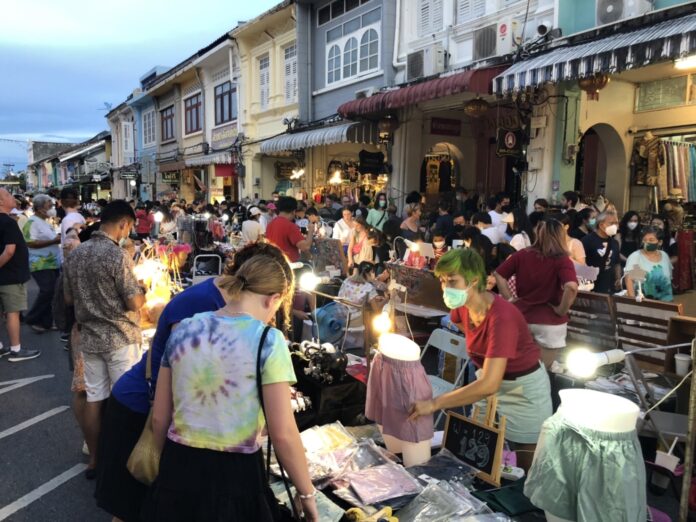 Most Thais are still wearing face masks at the Phuket Walking Street Sunday Market after the mask mandate was dropped last week in public in Thailand. The majority of foreigners, however, were seen maskless. 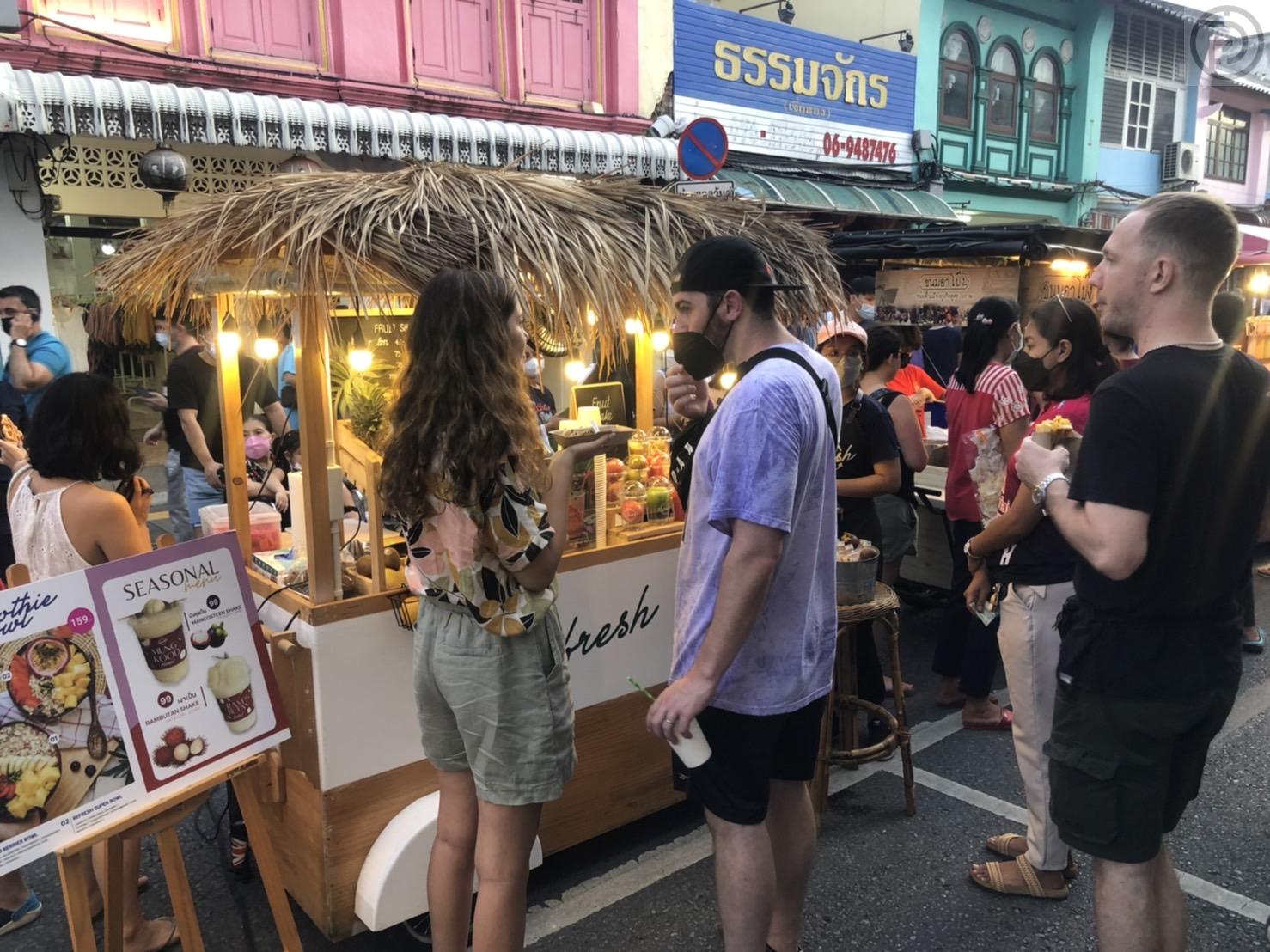 The Phuket Walking Street Sunday Market, also well known as ‘Laad Yai’ is in Old Phuket Town. Many Thais and foreign tourists who come to Phuket visit the walking street. 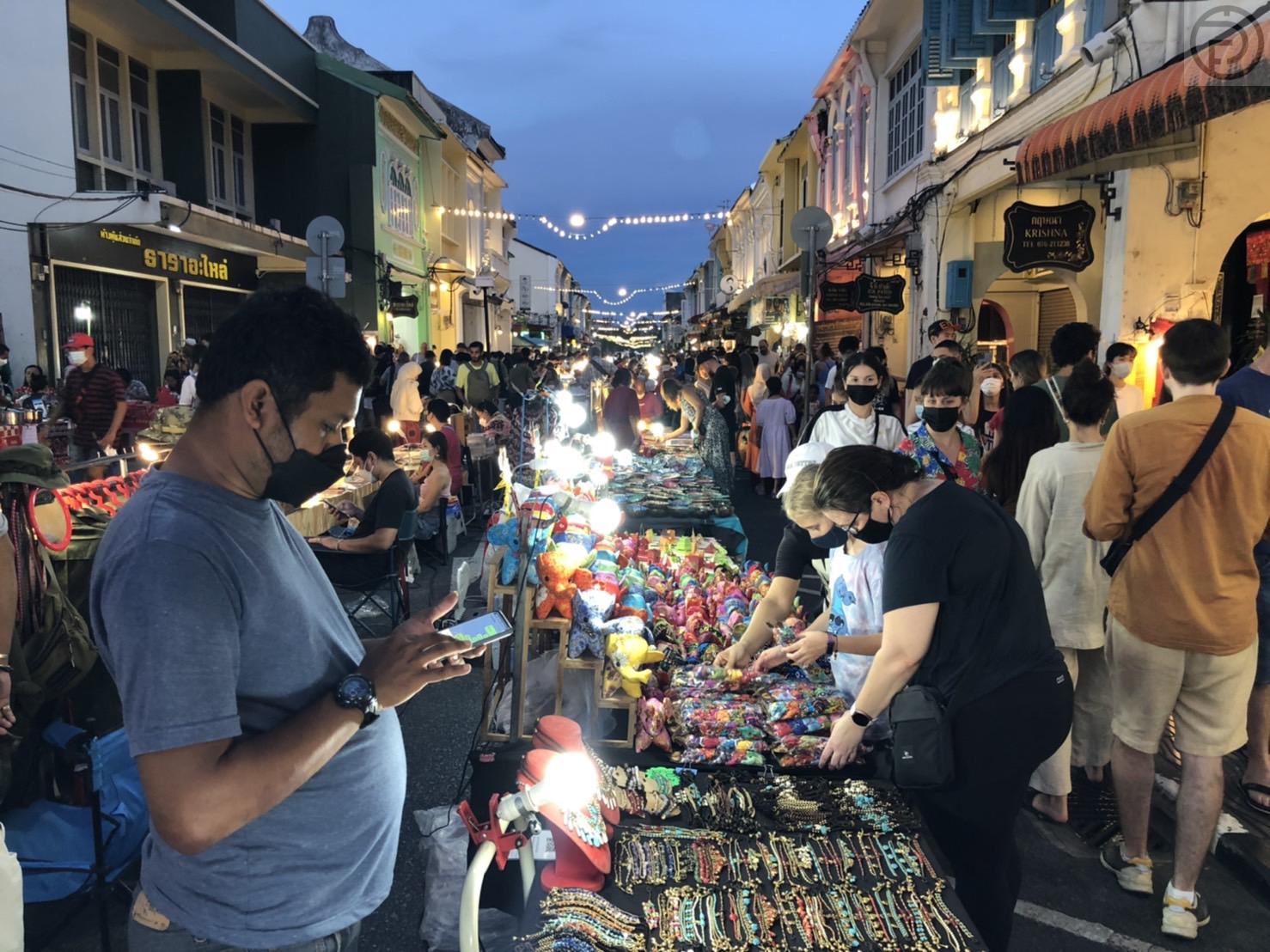 Sunday (June 26th) was the first week of the market after the mask mandate was dropped nationally.

Our prior article about the mask mandate change:

However, most Thais are still wearing face masks at the market and indeed in general in Phuket based on The Phuket Express’s observations. Many foreigners, however, have embraced the dropping of the mandate and have been seen maskless, which is their choice now as wearing a mask is voluntary. However, individual businesses and organizations can require a mask mandate themselves, if they choose. 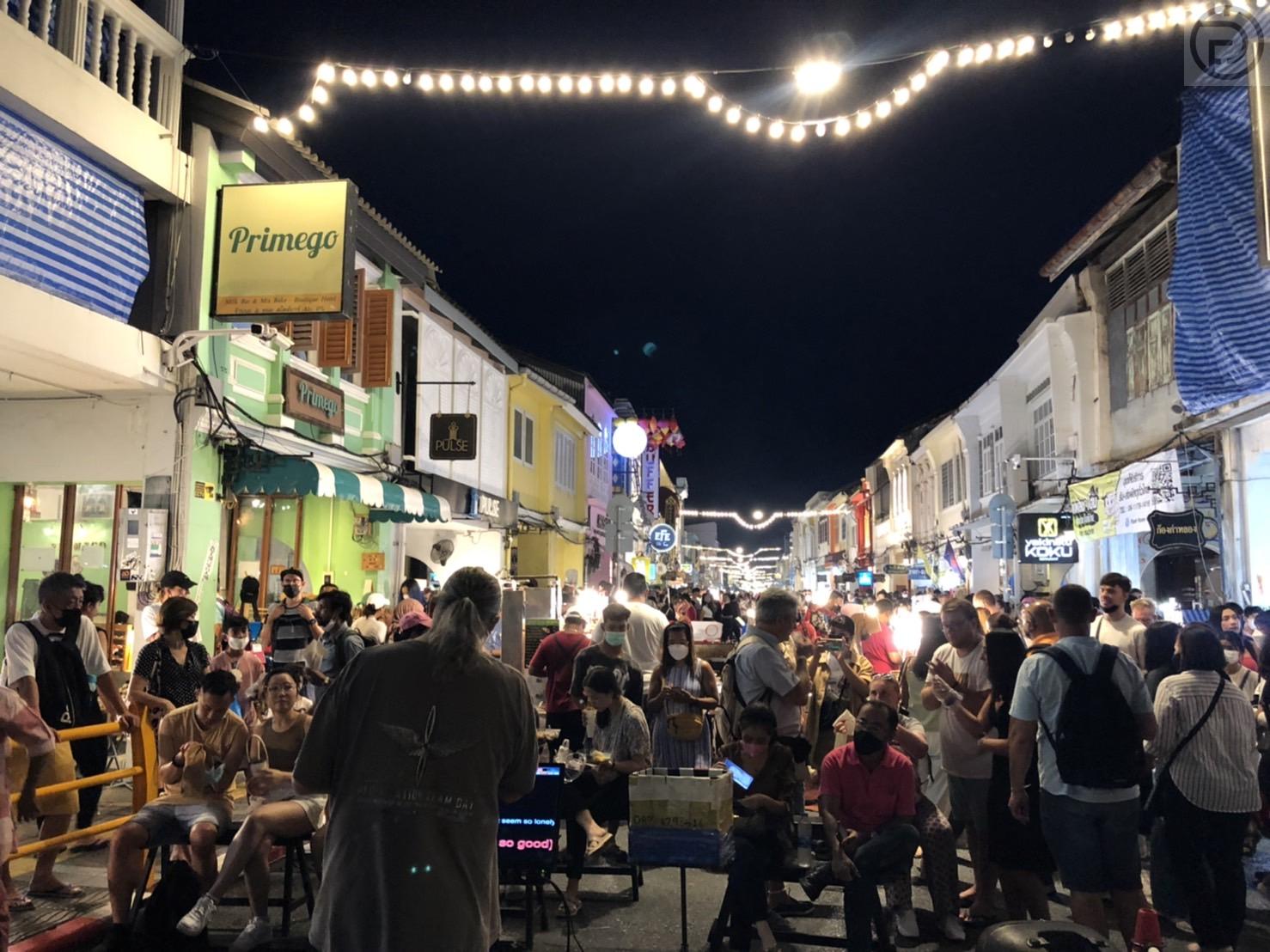