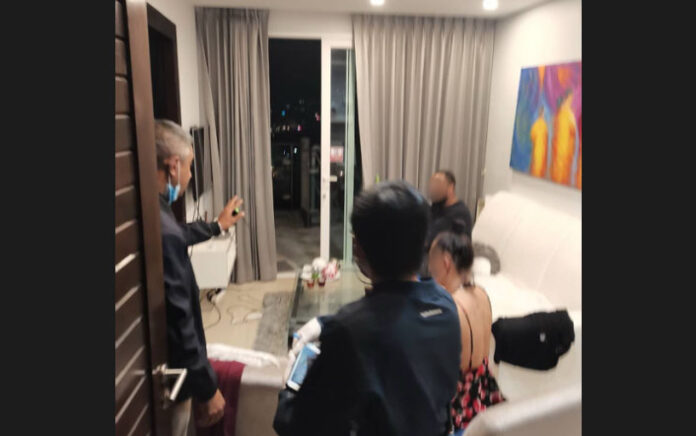 An arrest warrant is to be issued for three people who were involved in an incident in which a Russian woman fell to her death from a condominium in Patong last week.

The Royal Thai Police Deputy Police Spokesman is asking the public to follow updates from official sources only regarding a Russian woman who fell to her death from a condominium in Patong last week.

The Royal Thai Police Deputy Police Spokesman Colonel Kritsana Pattanacharoen today (June 6th) stated to the associated Thai press, “The cause of death from the autopsy result has been concluded. Police have investigated the entire situation regarding the cause of her death with the pieces of evidence that they have.”

The Phuket Express noted the cause of death has not been revealed by police and that relevant officials declined to comment on it, citing that further legal proceedings needed to be followed first.

“From the cause of death and evidence, police are now can identify exactly what happened in the incident and who was involved,” Colonel Kritsana added, without sharing this information to the press at this time.

“It is expected that tomorrow (June 7th) police can hand a request of the arrest warrant for three people (Two men and a woman) for further legal action,” Colonel Kritsana noted.

The three people were not specifically named but are likely to be three foreign nationals present at the time of the victim’s death who is currently being held on drug-related charges for a small amount of marijuana found in the condominium where the victim fell to her death. The Royal Thai Police has continually said all three suspects were “uncooperative” and declined to answer questions about what happened to the Russian woman.

If these three people are the same to be named in the arrest warrant, this would be a step for further potential legal charges, although police would not disclose what those charges were at this time.

TPN media will provide further updates as they are given by the Royal Thai Police.