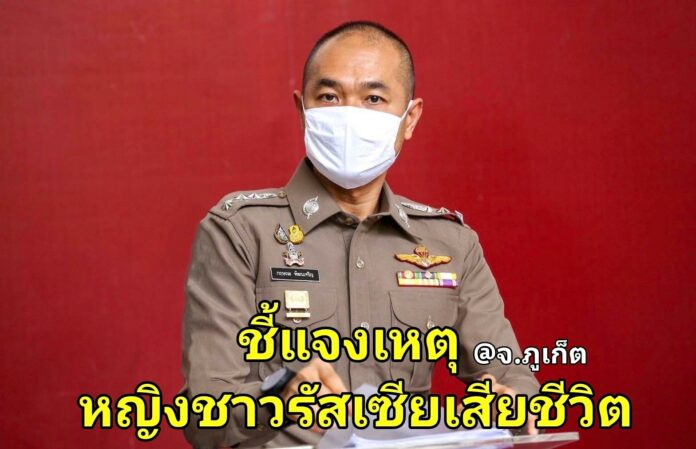 The Royal Thai Police Deputy Police Spokesman is asking the public to follow updates from official sources only regarding a Russian woman who fell to her death from a condominium in Patong last week.

Read more about our previous stories in the link HERE.

Colonel Kritsana Pattanacharoen on Friday (June 3rd) stated, “This case is still under investigation. We have not ruled out any suspected cause of the incident such as an accident, murder, or other illegal issues that might have been involved.”

“Those people involved in the incident (three foreign nationals who were arrested for marijuana possession) are still not cooperating with law enforcement to answer any questions regarding the incident.” Colonel Kritsana Pattanacharoen stated.

“We want to make sure that the evidence we have will lead to finding out what has happened to the Russian woman. In addition, we don’t want the public to be confused by other unreliable news and rumors which might have damaged the case.” Colonel Kritsana Pattanacharoen added.

“So please follow updates on this news from official sources only.” Colonel Kritsana Pattanacharoen concluded.

The Phuket Express and TPN media does not report on rumors and speculation, TPN media notes.