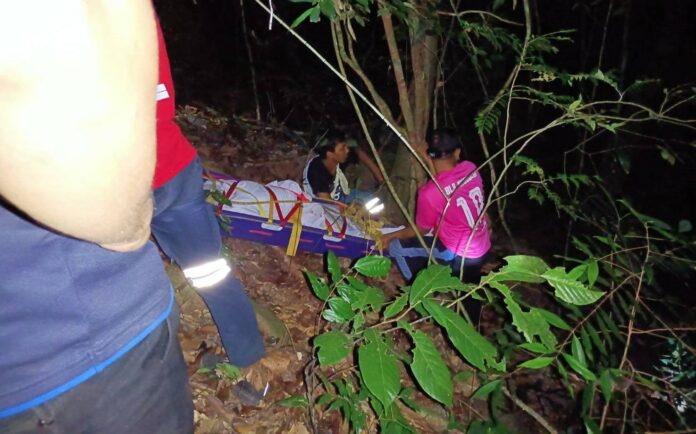 A 30-year-old German man was found dead after he jumped from a cliff in Mueang Krabi.

The head of the Hat Noppharat Thara – Mu Ko Phi Phi National Park Mr.Teekawut Sriburin told the Phuket Express that a German man came to the national park on Saturday (January 21st) in the late afternoon.

They said Mr. Kevin Andre Loo, 30, who suffered from depression and had just been released from a hospital, was on the Khao Ngon Nak forest trail and threatening death by suicide. The Phuket Express noted his name has been released by the national park office.

National park officers met Mr. Loo at 5:30 P.M.. They tried to talk him into coming down from the cliff and eventually he agreed to come down.

At 6:30 P.M. Mr. Loo asked to take a rest and answer an incoming phone call. After he finished on the phone he said sorry to officers before he immediately ran away and jumped off the cliff. The cliff is about 50 meters high. Officers were unable to stop him as it happened very quickly.

If you or someone you know is feeling depressed please reach out for help. The Pattaya News suggests the Samaritans of Thailand which can be reached here: