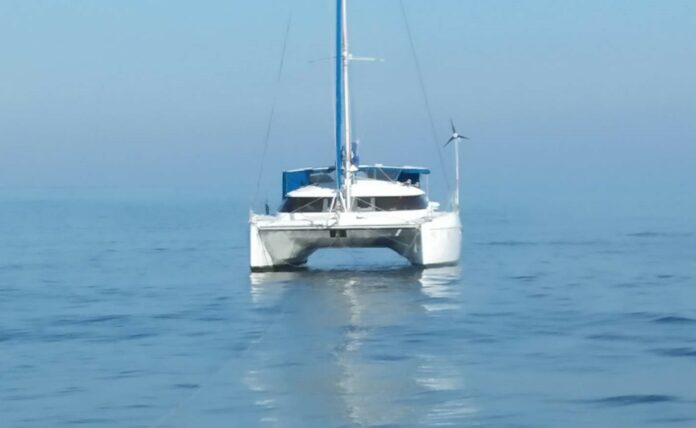 A yacht reportedly disappeared from a docking area in the sea in Chalong.

The yacht owner, a German ex-pat, had previously contacted the Phuket Fisheries Office to publicize the missing boat. The owner was offering a reward for anyone who provided information that led to the recovery of the yacht.

The Chalong Police Chief Colonel Eakkarat Plaiduyang told the Phuket Express, “After we checked CCTV footage nearby, we could not see anyone get on to the yacht as in a witnesses report before.”

“The yacht owner understands that his yacht might not have been stolen but its anchor might have loosened with the yacht being washed away by waves. He had already rented a small aircraft to search around Nai Harn Beach and Phrom Thep Cape nearby but still no sign of his yacht.”

The Phuket Marine Office Chief Mr. Chayaphong Pranit told the Phuket Express that they were notified from Ms. Natthida Neamnak on Friday (January 13th) who is the manager of the fishing boat ‘Sor Larp Chonlada 32’.

She has been notified from the fishing boat captain Mr. Chaithong Wongpin that he found the Marco Polo yacht with no boat captain and passengers floating in the sea near the Indonesian Territorial Waters.

Mr. Chayaphong told the Phuket Express that the yacht owner has been informed and the yacht will be pulled back to the shore.