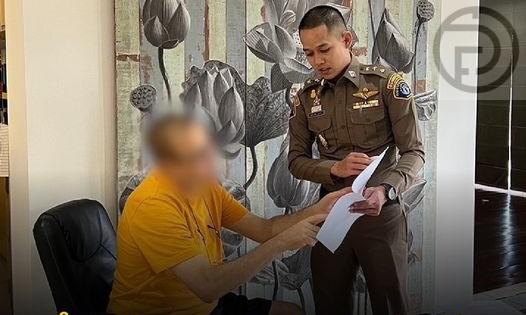 A Saint Christopher and Nevis man who is wanted by the United States of America was arrested in Thalang.

The Central Investigation Bureau (CIB) Police revealed to the press today (January 14th) that they and the US Federal Bureau of Investigation have arrested Mr. Peter Coker Jr, 54, a Saint Christopher and Nevis national at a hotel near Surin Beach in Thalang.

Mr. Coker Jr is a wanted suspect in an arrest warrant issued by Interpol (International Criminal Police Organization) last month for alleged stock fraud. Mr. Coker Jr. admitted that he is the person in the notice but not to the alleged crimes.

According to the United States Department of Justice on September 26th, 2022, an indictment unsealed charges three men with orchestrating a large-scale market manipulation scheme related to two publicly traded companies.