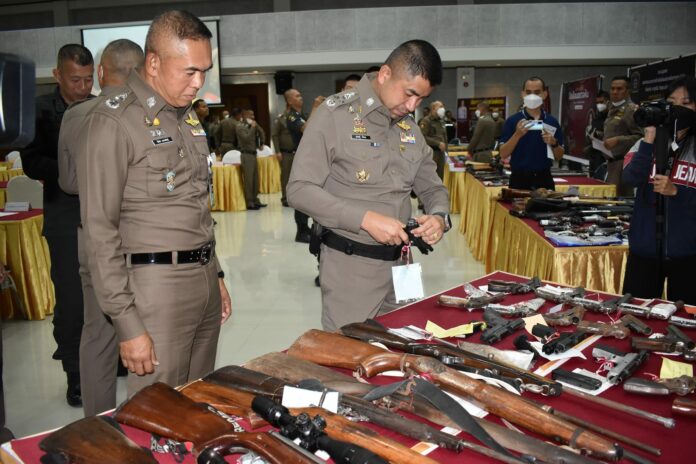 In total 88 firearms, 1,199 bullets, 430,029 methamphetamine pills, and 305 grams of crystal methamphetamine were seized and a total of 619 suspects were arrested. Most firearms were seized in Nakhon Si Thammarat, followed by Surat Thani and Chumphon.

Big Joke told The Phuket Express and other media that the crackdown was aimed to ensure safety during the Christmas and New Year festival in touristic provinces to prevent and reduce crime and drugs.”