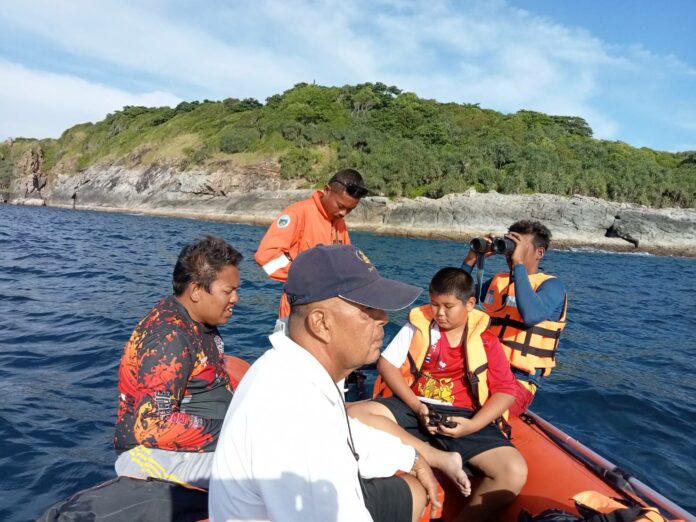 A search for a missing 47-year-old Romanian diver in Rawai has continued.

The Phuket Tourist Police told the Phuket Express that they were notified of a Romanian diver who had gone missing in the sea near the Kaew Nok Island in Rawai, South of Phuket, yesterday after noon (January 8th).

The Romanian diver was named by the Phuket Tourist Police as MR. SEBASTIAN EMIL SOMESAN, 47. He lived in Thailand for three years with a Non -90 visa. He lived with a Thai girlfriend Ms, Sangrawee Sringa, 42, in Rassada, Mueang Phuket.

The Phuket Tourist Police told the Phuket Express yesterday at 1:30 P.M. the Rawai Mayor Aroon Solos were notified about MR. SOMESAN by his Romanian friend MR.ALEXANDRU-FLORIN MIRON, 46, and his Thai friend Ms. Saowaluck Kanhawong, after they went on a speedboat for diving.

The boat anchor was unable to be pulled up and Mr. SOMESAN went down diving to see what the problem was. His friends believed that he ran out of oxygen in his tank before disappearing. Mr. SOMESAN had substantial experience in diving.

The search had started since yesterday until night time. The search has continued again this morning (January 9th).