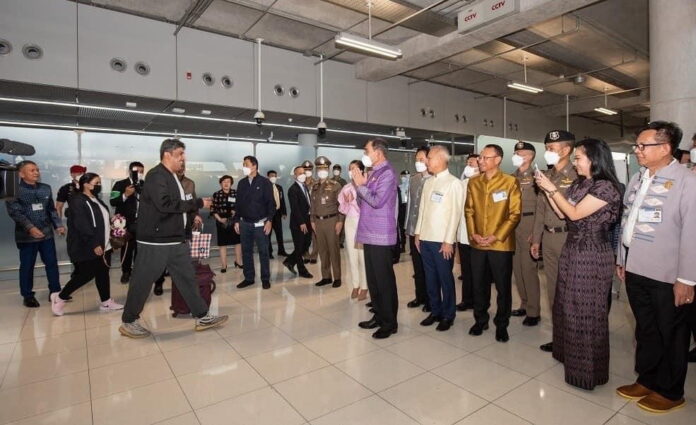 Thai Public Health Minister Anutin Charnvirakul stated just shortly ago, today, January 9th, 2023, at a press conference at Suvarnabhumi Airport in Bangkok to welcome Chinese tourists to Thailand that a controversial rule to require proof of documentation of Covid vaccination to fly to Thailand will be canceled.

This is only a few hours after the rule came into effect and an entire weekend of chaos and controversy over the sudden rules that disrupted many travelers trips and caused widespread confusion.

Anutin briefly stated that airlines will not be checking proof of Covid-19 vaccinations to fly to Thailand, although since the Civil Aviation Authority of Thailand, or CAAT, had already released the new rules to all airlines over the weekend and changed them several times, it may take some time for all airlines to adjust their policies once again.

An official announcement from the Tourism Authority of Thailand is expected soon. It was not immediately clear if medical insurance covering Covid-19 for visitors from countries requiring a test to enter, like India or China, would stay or was also being removed.

This is a developing story and we will continue to update you here at TPN media.