Phuket has announced a total of seven road accidents and eight injuries on the seventh day of the seven days (December 29th, 2022 to January 4th, 2023) of the ‘New Year’s Seven Days of Danger’ road accidents campaign 2023.

Four road accidents were in the Mueang District, one in the Thalang district, and two in the Kathu district with eight injuries.

The total for all seven days in Phuket (December 29th – January 4th) of the Seven Days of Danger, were 41 road accidents, 42 injuries, and three deaths.

Most accidents were caused by not wearing helmets, followed by drunk driving and speeding over the legal limit.

When compared with last years ‘New Year’s Seven Days of Danger’ road accidents campaign, there was in total 28 road accidents, 27 injuries and one death, so this year saw a significant increase, although The Phuket Express notes that there is increased tourism and traffic versus last year. 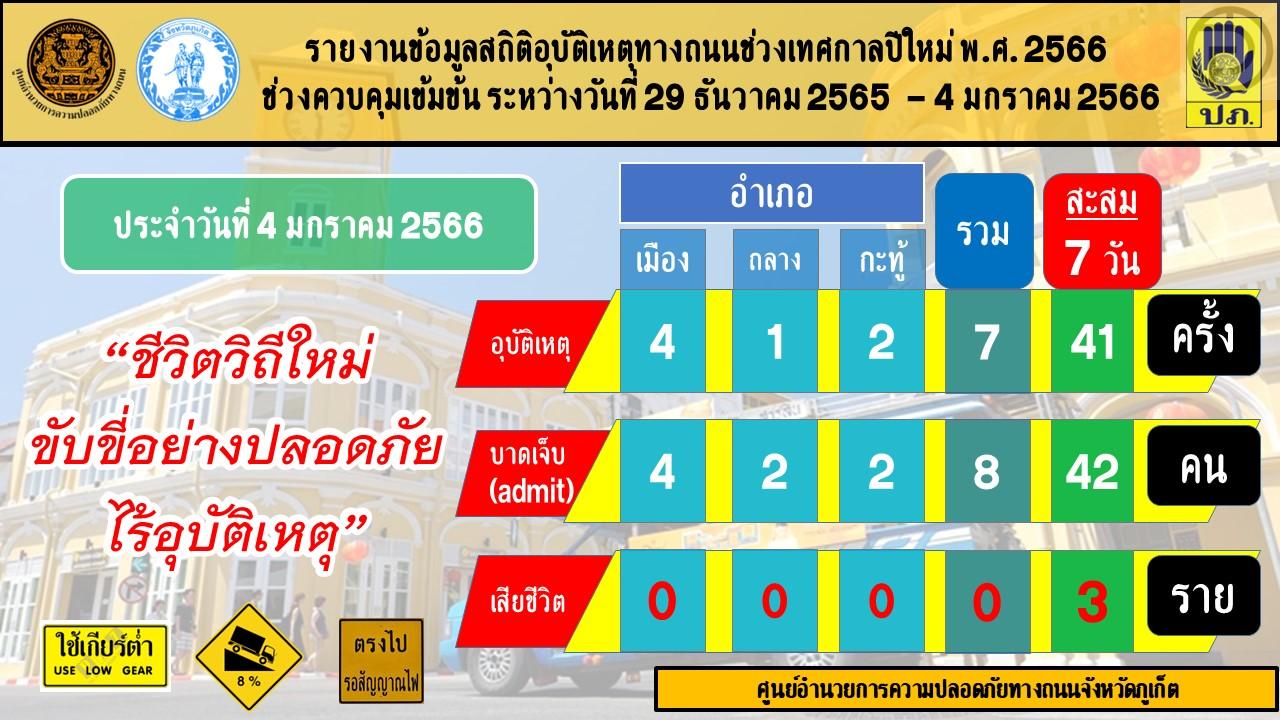