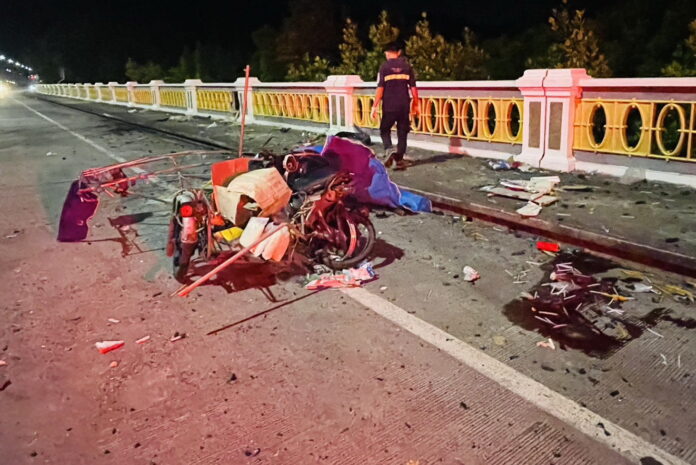 Emergency responders were notified of the accident at 3:50 A.M. on the Thep Sisin Bridge (Klong Koh Phee Bridge) in the Talad Nuea sub-district.

Witnesses told the Phuket Express that the sedan driver tried to flee from the scene but the vehicle was unable to drive. So, the sedan stopped 50 meters from the scene. 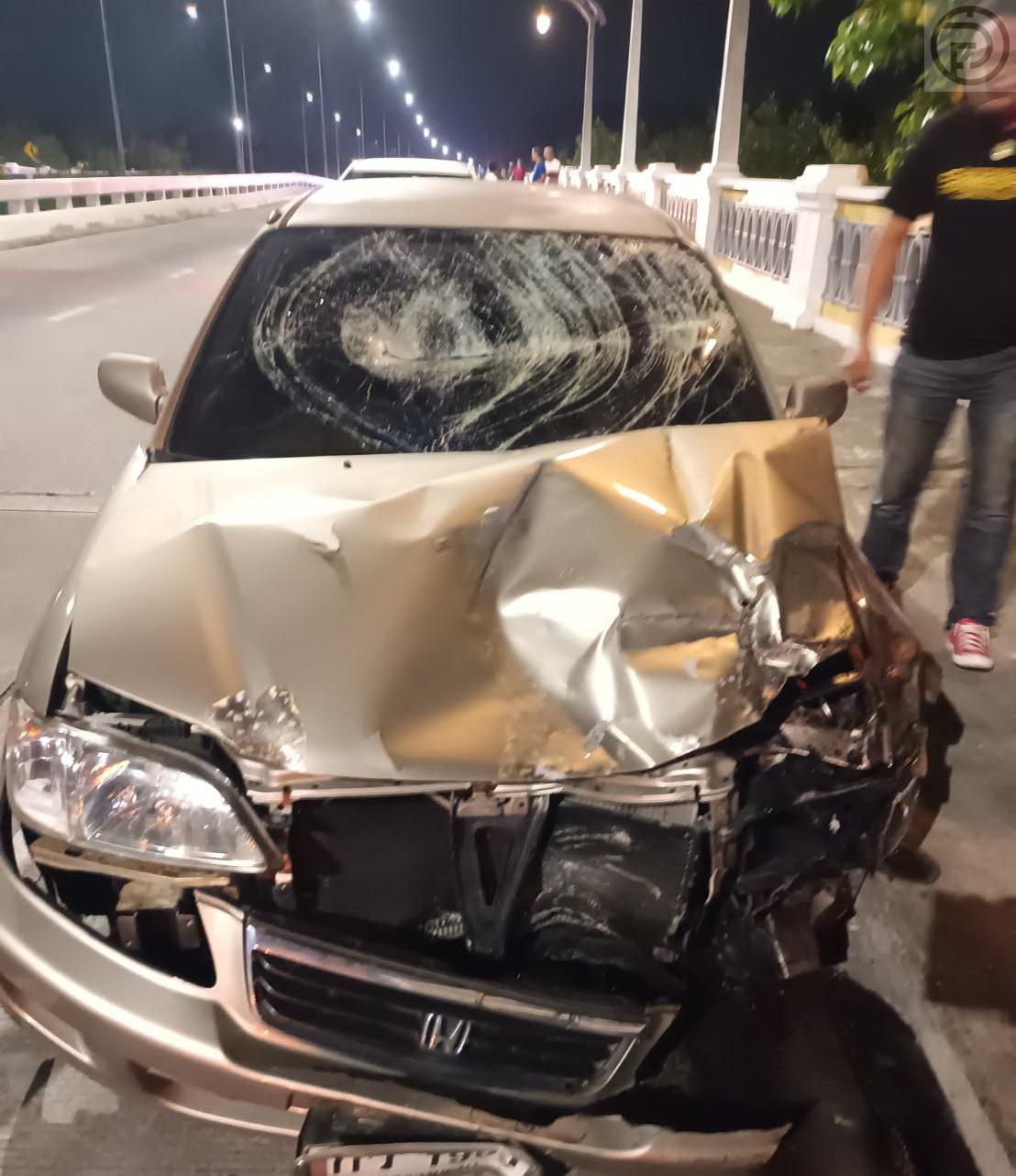 Narongpat did not speak with The Phuket Express.