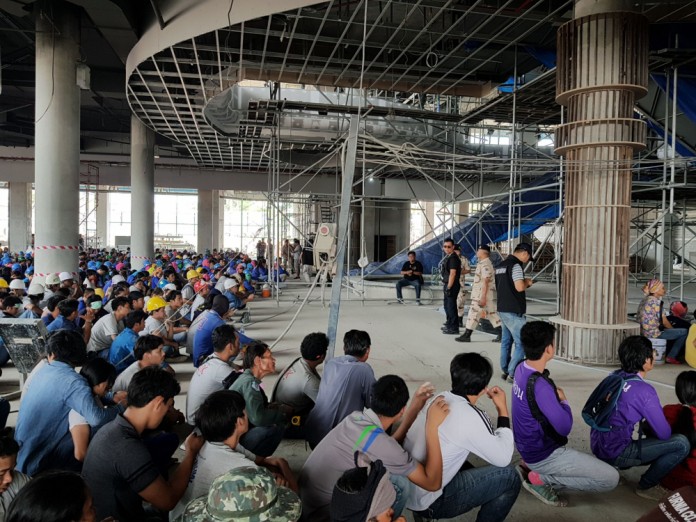 The president of the Thai Southern Hotel Association said Tuesday, January 3rd, that Phuket is struggling with a severe shortage of labor amid the anticipated arrival of one million Chinese tourists.

Mr. Suksit Suwanditkul expected that Thailand will see an influx of Chinese tourists in the second quarter of 2023 rather than in the first quarter due to the ongoing Covid-19 pandemic in China.

However, Mr. Suksit revealed that business operators in Phuket are facing a pressing, ongoing shortage of labor, which has gone from bad to worse. This has been reflected in the recent hiring of daily laborers during New Year’s Eve, which saw the wage rate skyrocket to 700-1,200 baht per day due to the intense competition for labourers.

“The shortage is severe in the massage and spa businesses because it is a specialized work that requires laborers with licenses who have undergone training programs and have a minimum working experience of 150 hrs,” Suksit said.

“Even though there are more foreign tourists and businesses have reopened, revenues for massage and spa parlors have only increased by 30% due to the lack of staff to provide services,” he continued.

Meanwhile, tourism in Phuket has improved significantly based on the hotel occupancy rate that went up to 56% in October and 66% in November 2022. Mr. Sukit forecasted that the occupancy rate will peak at 60-70% in January 2023 and then decline to 50% in February as it is the end of the high season. The market from April onwards is expected to be left with only Indian, Australian, and Eastern European tourists since European tourists have returned home.

One exception will be Songkran week in mid April which is expected to be the first major Songkran with water fights and events in four years. Analysts in the tourism industry predict this week to be at nearly a hundred percent occupancy especially in Patong.

As for the incoming Chinese tourists, Sukit urged the government to have them purchase Covid-19 insurance before entering Thailand so that they will not burden the country’s public healthcare budget when they get infected.

Additionally, if the tourists are traveling from a region with a high number of Covid-19 infections, the government should require them to either undergo an RT-PCR test within 48 hours or an antigen test before boarding in order to maximize safety, Sukit suggested.
-=-=-=-=-=-=-=-=-===-=-=-=–=–=–=–==-