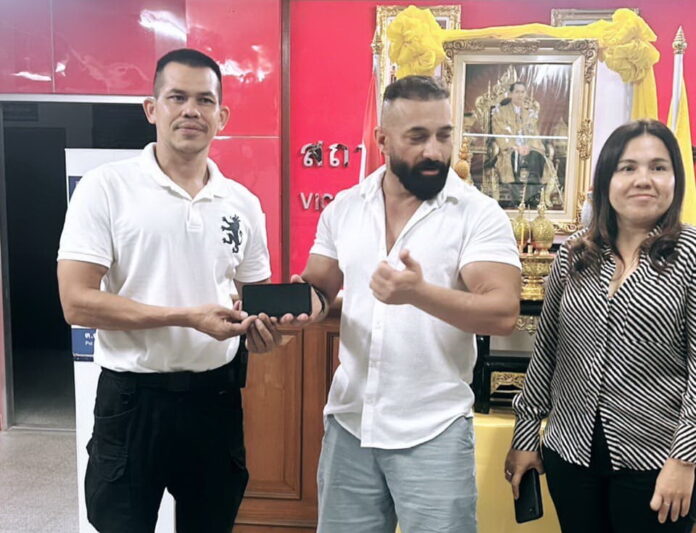 A mobile phone was returned to a Kuwaiti tourist in Phuket after a taxi driver had taken the phone left behind by accident and thrown it away on a beach out of anger for a poor driving complaint.

The Wichit Police told the Phuket Express that yesterday, (January 1st), after midnight Mr. Mohammad Nusair, a Kuwaiti national, filed a report to the Wichit Police. He told police that he forgot his mobile phone in a minivan of a tour company. He asked the minivan driver if the driver took the mobile phone but the driver initially denied the allegations. The driver and his company were not named by Wichit Police.

The Wichit Police told the Phuket Express that they summoned the driver to the police station before he admitted that he took the tourist’s mobile phone. He had dumped the mobile phone on Karon Beach. The driver said he took the phone and threw it away because he was angry that the tourist criticized him for allegedly bad driving.

The GPS of the mobile phone showed its location in Soi Palai, Chalong. Police tracked down the mobile phone and found that it was with a foreigner in Chalong who celebrated the New Year at Karon Beach before. The foreigner told the police that he found the mobile phone on the beach and thought it had been abandoned and therefore free to take. The foreign tourist did not explain why he did not try to turn the phone in to authorities.

The mobile phone was finally returned to the Kuwaiti tourist, who praised the police for their hard work. It was not immediately clear if the taxi driver or the foreign tourist would face any charges.