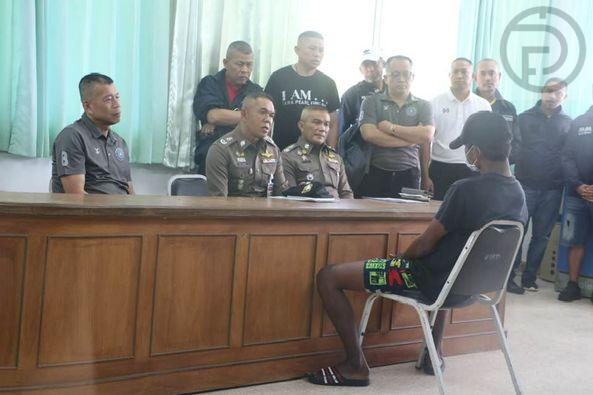 A husband has surrendered after murdering his wife before putting her body in a trash bin and dumping it on a hill in Phang Nga.

A woman’s body was found inside a trash bin dumped on a hill in the Phang Nga area.

The Region 8 Police told the Phuket Express this morning (December 29th) that the suspect, Mr. Sukon ‘Keam’ Kaewprapas, 38, from Surat Thani has surrendered to the Khian Sa Police in Surat Thani yesterday (December 28th). He was taken back to the Ka Pong Police Station in Phang Nga.

Sukon admitted to police that he killed his wife because he was jealous. He said his wife had another man and was cheating on him.

Last month, on November 7th , he picked his wife up at her mother’s home and Sukon claimed she said rude words to him that made him enraged. He admitted to hitting her with a broom in the head and knocking her unconscious. He thought that she was dead and he asked his friends to help him put her in a bin and dumped her body.

It was not immediately clear if the friends who assisted him in disposing of the body were charged also.