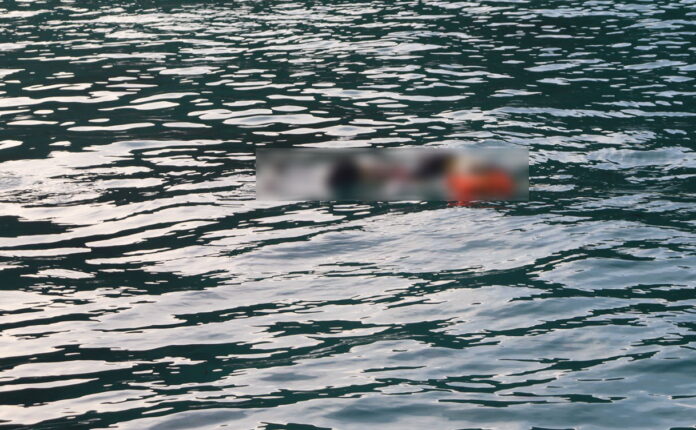 Two bodies of male foreigners were found floating in the sea near the Racha Island, South of Phuket.

The Royal Thai Navy told the Phuket Express that at 12:35 P.M. today (December 29th) they were notified from a tour boat captain that two bodies were found floating near the Rang Gai Beach, East of the Racha Noi Island off the Chalong area.

At 4:50 P.M. the Royal Thai Navy and rescue divers arrived at the scene to find two bodies tied with ropes connected together with a floating life jacket and a buoy.

The Royal Thai Navy told the Phuket Express that local fishermen nearby said they tied those bodies together when they first saw them as they were afraid that those bodies would float away further and separate.

The two bodies were male foreigners which were taken back to the land at 5:15 P.M. for further identification and investigation.

As of press time the incident was under investigation.