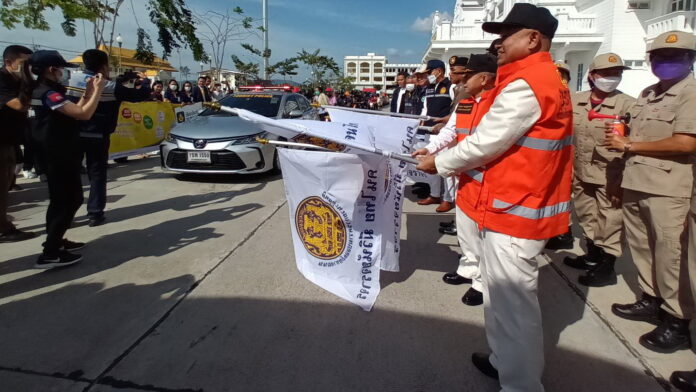 Phuket has launched a road and marine accidents prevention center during this New Year festival.

The center was launched yesterday (December 27th) at the Phuket Provincial Administration Center led by the Phuket Governor Narong Woonciew and the head of the Phuket Department of Disaster Prevention and Mitigation (Phuket DDPM) Mr.Udomphon Karn.

Mr. Udomphon told the Phuket Express. “On December 26th every year has marked ‘the World Day of Remembrance for Road Traffic Victims’. The target of the campaign launch for the center is to set checkpoints which aim to decrease road and marine accidents during the festival.”