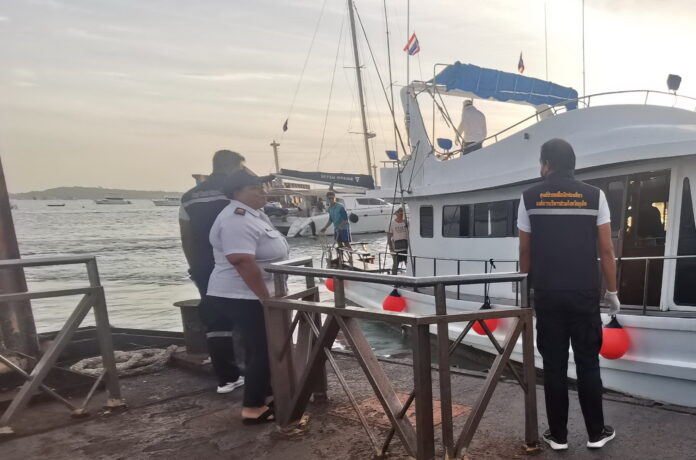 A foreign man has been rescued near Racha Island in Phuket. He claimed he was holding onto an oil tank and floating in the sea for 13 days.

Emergency responders were notified by a tour boat operator that an unidentified man had been found alive floating in the sea 300 meters from Racha Island.

The man was taken onto the tour boat before arriving at the Chalong Pier, south of Phuket. The man was exhausted and weak and was taken to a hospital.

Emergency responders told the Phuket Express that the man, aged around 30, was unable to communicate in Thai or English but he could say that he was Malaysian. He later said through a translator that he was holding onto a oil tank for 13 days before he had been rescued.

It was not immediately clear how he had ended up adrift at sea to begin with.

The Chalong Police are continuing their investigation to find out what happened to him and to help the man back to his country.