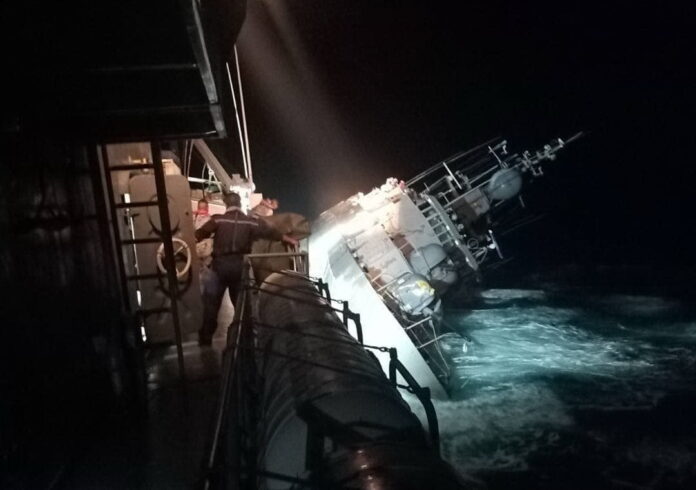 An expansive search to find at least 30 missing sailors is still ongoing after HTMS Sukhothai sank in a storm in the Gulf of Thailand on Sunday night.

A Royal Thai Navy ship capsized off of the Bang Saphan district. 73 crew members have been rescued while approximately 33 are still in the sea.

The Royal Thai Navy denied reports that 10 of the missing sailors had been found and one was dead. They stated that more than one ship had sunk although they did not give details about other vessels.

Most of the 106 crew were rescued, but about 30-31 of them were still adrift. All were believed to have life jackets on.

The crew were on HTMS Sukhothai on patrol 20 nautical miles offshore from the Bang Saphan district, Prachuap Khiri Khan province, where the ship was tossed around by high waves in the stormy sea.

Seawater started to pour into the corvette and the power went out. The main engine stopped working, and the ship floundered out of control. The ship, built by Tacoma Boatbuilding Company, in Washington, USA, then capsized at around 11:30 PM on Sunday.

Search and rescue efforts by several ships are continuing.