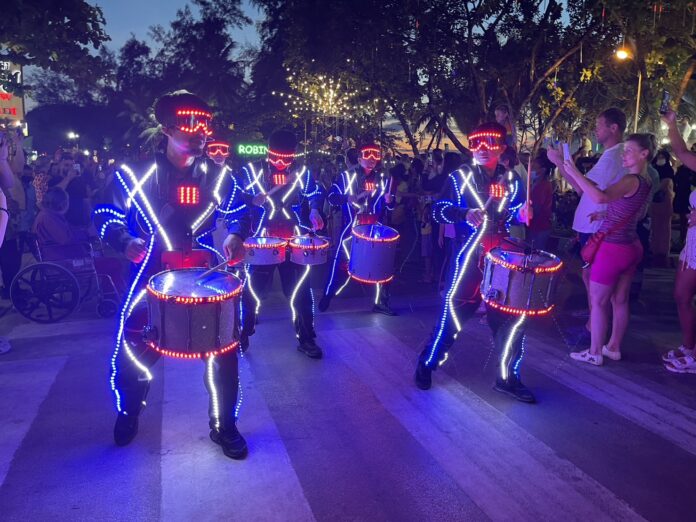 2. A beer bar in Patong was found with no legal licenses following complaints from concerned citizens.

The bar manager was unable to present a legal license for the bar and a license for selling alcohol.

3. Phuket has hit the highest income from tourism in Thailand between January and October this year.

The peak of the Phuket tourism high season is expected from Christmas to New Year as Russians now lead the pack of visitors.

4. The annual Patong Carnival is underway to mark the beginning of Phuket’s tourism high season.

The Patong Carnival has returned after it has been cancelled during the past few years due to Covid-19.

5. A Chinese woman who is on a 1,316 day visa overstay was arrested after social media shared her story of asking for money from mostly foreigners many times at a gas station in Phuket.

She admitted to police that she was the person in the social media story and said she did not have money to pay for her gasoline. She said she also asked foreigners for their bank accounts claiming she intended to pay them back later.