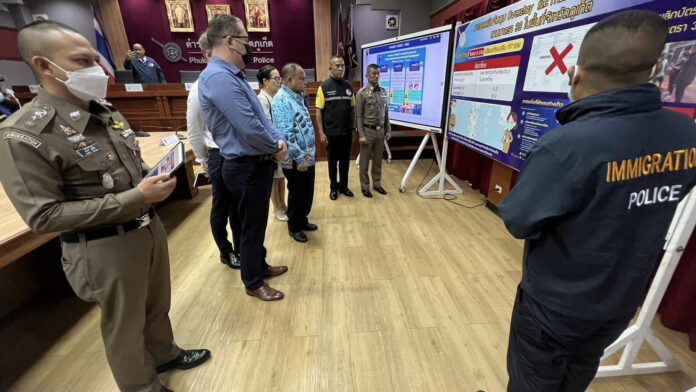 Phuket Immigration recently launched what they called the ‘White Accommodation for Foreigners’ project targeting for ‘Phuket to be Crime Free’. The project mainly focuses on foreigners being properly registered at their accomodation and not on overstay.

The Phuket Immigration Chief Colonel Tanet Sukchai told the Phuket Express. “We are aiming to control foreigners who are staying and living in Phuket to make sure that they are being registered properly to Immigration for their accomodation and not on overstay.”

The Phuket Express has covered some overstay cases below:

A 55-year-old Filipino man was arrested in Kathu for 252 days of overstaying his legal visa conditions.

A 63-year-old American man has been arrested in Phuket for eight days of overstaying. He reportedly did not leave his room and ate only protein capsules while hiding from Thai Immigration.

“ Additionally, fifteen cases of Visa’s for staying in Thailand being used improperly, such as people not actually going to school but being on education visas, or having a volunteer visa but not doing any volunteering, are being taken for legal action(11 cases in Mueang Phuket, 2 cases in Patong and 2 cases in Chalong).” Tanet concluded.

The Phuket Express is your number one source for Real, Unbiased, Impactful, and In the moment breaking news based in Phuket, Thailand. Our news focuses on the latest news in and around Phuket, Thailand and Southeast Asia. We also own and operate TPNnational.com and ThePattayanews.com for English language news.
Contact us: Pattayanewseditor[email protected]