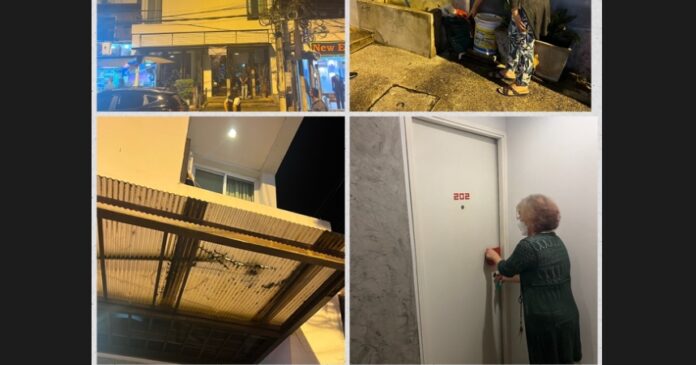 A Swedish man has survived after he fell from the second floor of a hotel in Patong.

The Patong Police told the Phuket Express that they were notified that a foreign man fell from a hotel last night (December 12th) on Sawatdirak Road near the Sai Namyen Intersection.

Emergency responders and Police arrived at the scene to find the man who was later identified as Mr. Bo Peter Svensson, 64, a Swedish national. He had sustained several injuries and was taken to a local hospital.

Police found no sign of a disturbance in Mr. Svensson’s hotel room, however, alcoholic drinks were found strewn around inside the room. At this stage, police believe it was an accident.

Mr. Svensson was unable to give his version of events due to his injuries.