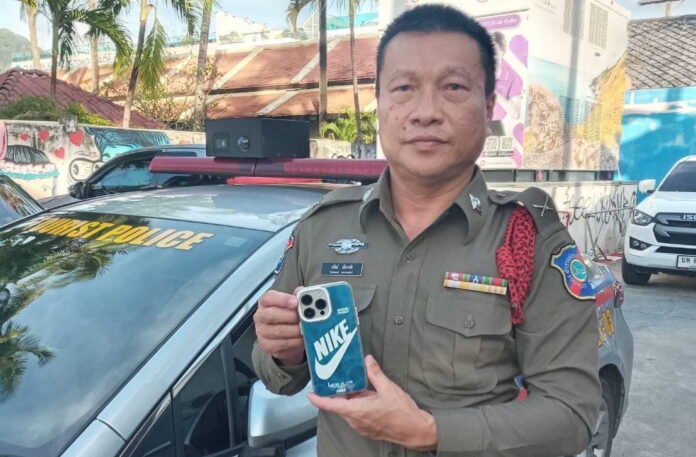 A mobile phone is being returned to a tourist in the United Arab Emirates who forgot their mobile phone in a taxi car when visiting Phuket.

The Phuket Tourist Police told the Phuket Express that they received an email to [email protected] last week from the unidentified tourist who is now in the United Arab Emirates to track down an iPhone 14 Pro Max. The tourist forgot the phone in a taxi car which left from a hotel to the Phuket International Airport on December 3rd.

The Phuket Tourist Police contacted the tourist via the WhatsApp application. The tourist was able to identify where the mobile phone was from a location linked with another device. Tourist police finally found the taxi driver and the driver checked inside the taxi car and discovered the mobile phone still on the back seat.

The mobile phone was given to the tourist’s friend who is in Phuket before the mobile was sent to the United Arab Emirates. The tourist is very happy and appreciates the help from the Phuket Tourist Police.