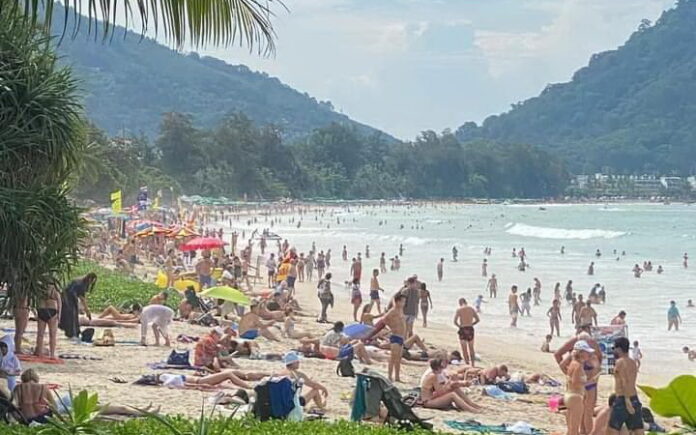 They are in no particular order of importance but roughly in order of publishing. These are from Monday, December 5th, 2022, to Sunday, December 11th, 2022.

Mr. Williams told police that he knew that he had overstayed, so he did not leave his rental room and ate only protein capsules.

Mr. Reynolds said he was unable to go back to his country or get a proper visa as he said he did not have enough money.

Normally, they are allowed ten percent of the beach for their working zone. However, in this high season, they are requesting to extend to 20 percent zoning of the beach.

3. Floating lanterns and fireworks were seized on the Patong beach after complaints.

Floating lanterns and fireworks are not allowed to be set off in public without permission. Anyone who offends this rule shall be fined up to 60,000 baht and/or imprisonment for up to three years.

These are the first leatherback sea turtle eggs found on a beach in Phuket this year.

5. A fire has damaged a ferry parked at a pier on Sirey Island, Mueang Phuket.

It is first believed the fire started from an electrical short circuit while investigation has continued to find the exact cause of the fire.