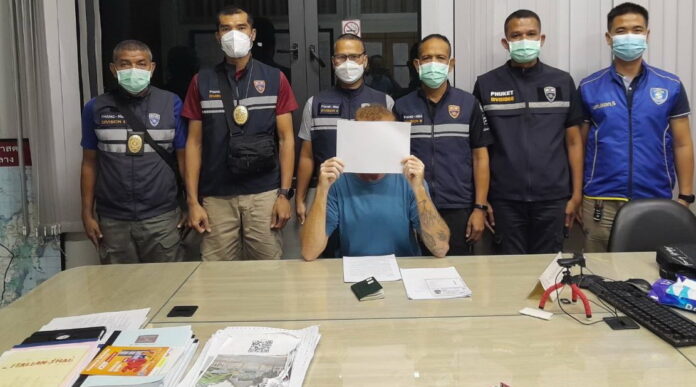 The Phuket Immigration office told the Phuket Express that they were notified from Phang Nga Immigration that an overstaying African man in Phang Nga was hiding in Phuket. They went to a house in Thalang where they found Mr. Richard Reynolds, 30, a South African national.

Mr. Reynolds entered Thailand in April 2019 with a NON – B Visa. He extended his visa in Chiang Rai and was allowed to stay until May 27th, 2022. He is now at 196 days of overstay. He said he traveled from Chiang Rai to Phang Nga and then to Phuket to try to evade Immigration officers tracking him. He said he was unable to go back to his country or get a proper visa as he said he did not have enough money.

Mr. Reynolds was taken to the Thalang Police Station in Phuket to face overstaying charges and eventual deportation and blacklisting.