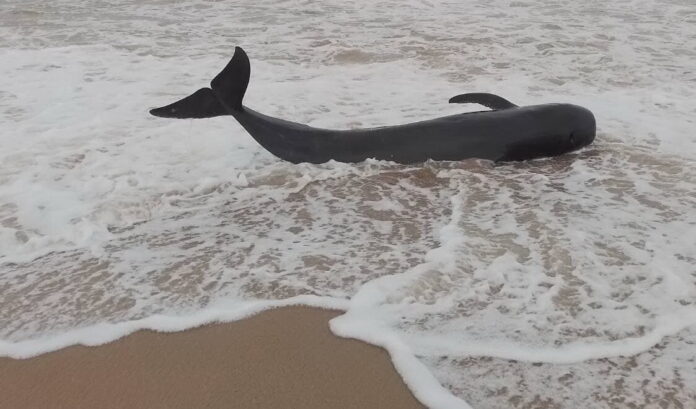 A whale has been rescued after being washed up on a beach in Narathiwat.

The Department of Marine and Coastal Resources (DMCR) told the Phuket Express that they were notified of the whale yesterday (December 5th) on the Naratat Beach in the Kok Takean sub-district, Mueang Narathiwat district.

Locals, rescue workers, and police helped to push the whale back to the sea. Two hours after that the same whale washed up on the beach a second time, about 500 meters from the first location.

The DMCR officials believed that the whale might be sick as well as unable to deal with strong waves. A veterinarian was sent to the beach and the whale, which was later identified as a Short-finned Pilot Whale, was taken back to the Marine and Coastal Resources Center for treatment before being released back to the sea.