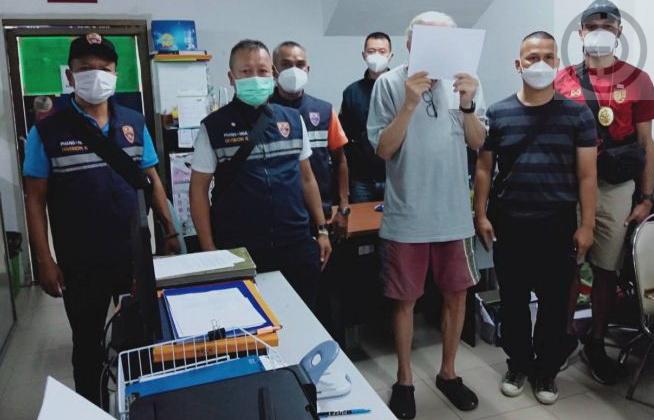 A 63-year-old American man has been arrested in Phuket for eight days of overstaying. He reportedly did not leave his room and ate only protein capsules while hiding from Thai Immigration.

The Phang Nga Immigration Office told the Phuket Express today, December 6th, 2022, that they have arrested Mr. Roderick Eugene Williams, 63, an American national at a rental room in Rawai over the past weekend.

The arrest in Phuket came after officers found that Mr. Williams, who has overstayed his visa for eight days, had registered his abode at a house in the Thung Maprao sub-district, Tai Mueang district in Phang Nga.

Officers went to the house but they did not find him. They continued their investigation and they found him after a tip from a concerned citizen, stating that Mr. Williams was in Rawai, Phuket. The Phang Nga Immigration Officers followed him to Phuket before arresting him.

Mr. Williams told police that he knew that he had overstayed, so he did not leave his rental room and ate only protein capsules. If he needed anything he called his friends. Mr. Williams did not state why he overstayed or why he fled and went into hiding rather than sort out the issue with Immigration.

Mr. Williams was taken to the Chalong Police Station in Phuket to face overstaying charges and eventual deportation and blacklisting.

Meanwhile, another 63-year-old American man was arrested in the Tai Mueang district for 745 days of overstaying his visa. He did not leave his house for two years.