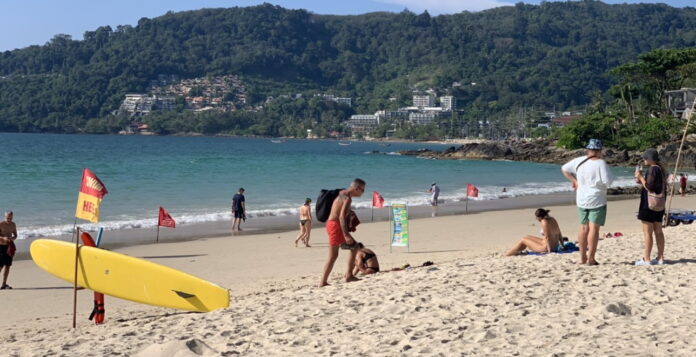 They are in no particular order of importance but roughly in order of publishing. These are from Monday, November 28th, 2022, to Sunday, December 4th, 2022.

The Director of the Tourism of Thailand (TAT) Phuket office said “From January to October this year Phuket generated more than 119 billion baht. This number shows Phuket tourism has increased 80 percent even if we don’t have Chinese tourists.”

More than 900,000 foreign and Thai tourists visited Phuket since May 1st.

The road is now being used by motorbikes and smaller cars. Larger vehicles are not allowed to use the road.

The suspect’s real identity was disclosed by police as Chaiyanat Kornchayanant, a naturalized Thai citizen of Chinese descent.

Charges have been pressed against a caretaker for illegal possession of snakes at a company that is reportedly related to the alleged Chinese “mafia” boss ‘Tuhao’.

The caretaker was taken to the Wichit Police Station to face charges of illegal possession of wild animals as no licenses were found.

5. A 55-year-old Filipino man was arrested in Kathu for 252 days of overstaying his legal visa conditions.

He was taken to the Kathu Police Station to face overstaying charges and is waiting to be deported at his expense.