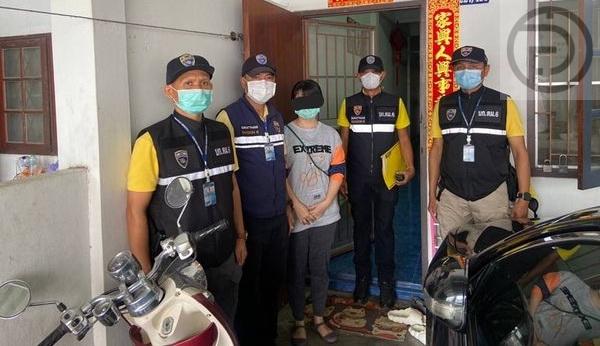 A 31-year-old Chinese woman was arrested in Surat Thani for 19 days of overstaying while five others were arrested in Chiang Mai in what Royal Thai Immigration is calling a national crackdown for the start of December.

She is now at 19 days of overstaying. She was taken to a police Station to face overstaying charges and is waiting to be deported.

The arrest follows after Surat Thani Immigration officers were patrolling in the Smart Patrol Car that has advanced facial recognition technology to crack down on overstaying foreigners as part of a December 1st to December 10th, 2022 campaign.

Meanwhile, in a similar crackdown in Chiang Mai, five overstayers were caught between December 2nd to the 4th: