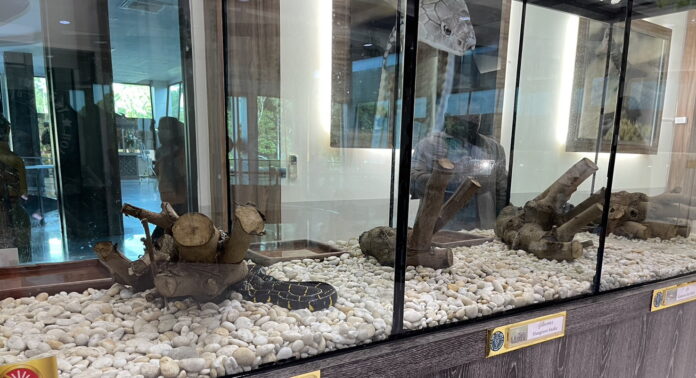 Charges have been pressed against a caretaker for illegal possession of snakes at a company which is reportedly related to the alleged Chinese “mafia” boss ‘Tuhao’.

“One of the companies that officers inspected yesterday was the Royal Park Phuket Co. Ltd (Snake Garden) in which they found many snakes in glass boxes and which was previously used to sell herb products located in Wichit.”

“Officers seized ten snakes of various species at the venue. The caretaker was taken to the Wichit Police Station to face charges of illegal possession of wild animals as no licenses were found.” Sermphan concluded.

The name of the caretaker was not given to the press.