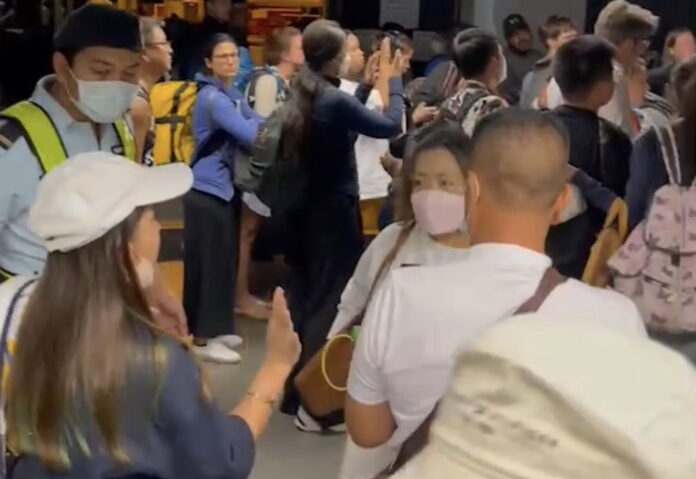 The Phuket International Airport clarified the situation after more than 300 passengers were left overnight as a flight was unable to take off due to not having enough seats.

The issue had gone viral in social media this morning (December 2nd). Social media shared the story about more than 300 passengers who were left at the airport after midnight (December 2nd) because one of the passengers didn’t have a seat as the seats were full.

The plane had just started to move from the parking plot before the captain reported to turn back to the parking plot five minutes after midnight. The captain reported that the number of passengers was over the limit and one customer did not have a seat, forcing the entire plane to turn around. The flight was further delayed before the runway closed and the airline decided to take some passengers to hotels. The flight took off today, December 2nd, at 10:34 A.M.

It was unclear if passengers were compensated for the overnight delay. It was also unclear why the airline didn’t offer any individual passengers credit or a discount to take a later flight, avoiding the issue affecting everyone.

The reason that one of the passengers did not have a seat is because another flight, VZ2304 from the same airline, going from the Suvarnabhumi Airport to Phuket, was unable to take off in Bangkok due to an unidentified issue which meant the plane did not arrive at the Phuket Airport.

This caused a third flight, VZ2305 from the same airline, going from the Phuket International Airport to the Suvarnabhumi Airport, to also be canceled as this was supposed to utilize the same plane as VZ304.

One of the passengers who had a flight ticket on flight VZ2305 was moved to flight VZ309 by the airline. However, human error appeared to cause staff to not notice that VZ309 was already full and before the issue was noticed the flight had already started to depart the parking area.

Both the airport and airline apologized for the incident to customers left overnight. 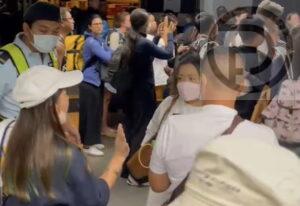