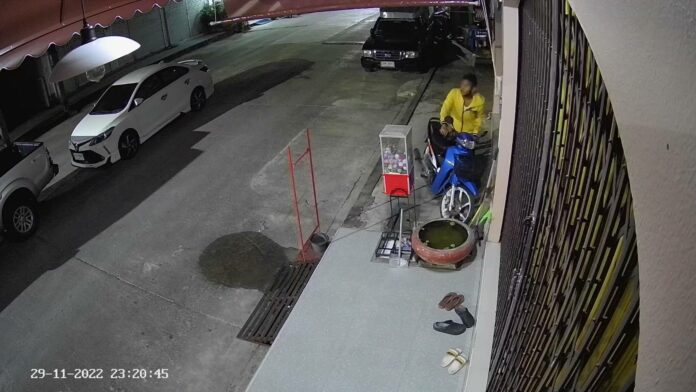 A thief was arrested within 24 hours after stealing a motorbike in Rassada.

The Phuket City Police Chief Colonel Sarawut Chooprasit told the Phuket Express that they have arrested Mr. Tawatchai Thongtip, 24. Seized from him was a stolen motorbike. He was arrested at his home in Rassada.

The arrest came after police received a report that the suspect stole a motorbike which was parked in front of a house in Samkong, Rassada. CCTV footage clearly shows the suspect’s face. Police tracked down the suspect before arresting him.

Tawatchai was taken to the Phuket City Police Station to face charges with theft by night.