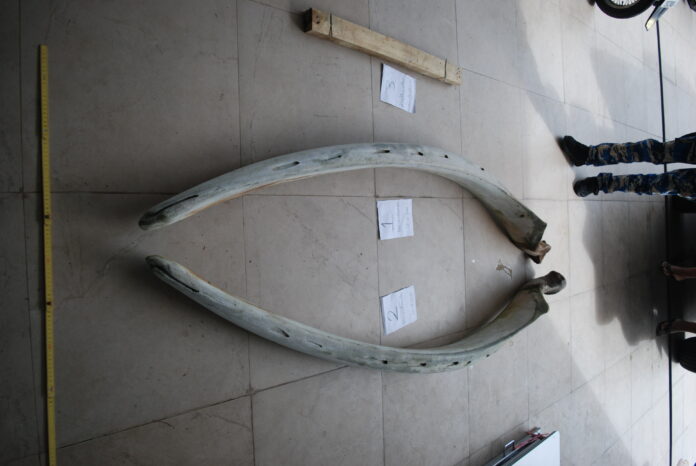 A French man who was arrested in Rawai last week for illegal possession of a whale’s skeleton claimed a seller told him it was made of wood.

The Department of Marine and Coastal Resources (DMCR) officials told the Phuket Express. They arrested Mr. Thierry Alain, 52, French national, in Rawai last week on November 21st. Seized from him were parts of the lower jaw of a Baleen Whale.

Mr. Alain told officials that he bought the item from a market near Chalong. The seller told him it was made of wood. He used it to decorate the house and did not know it was a whale skeleton. Officials are trying to track down the seller.

Official used the Fourier Transform Infrared Spectroscopy (FTIR) technique which has proven the “wood” is actually the lower jaw of a Baleen Whale.

Officials did not comment on if they believed the Frenchman’s story or if charges against him would possibly be dropped and instead instituted against the seller when located.