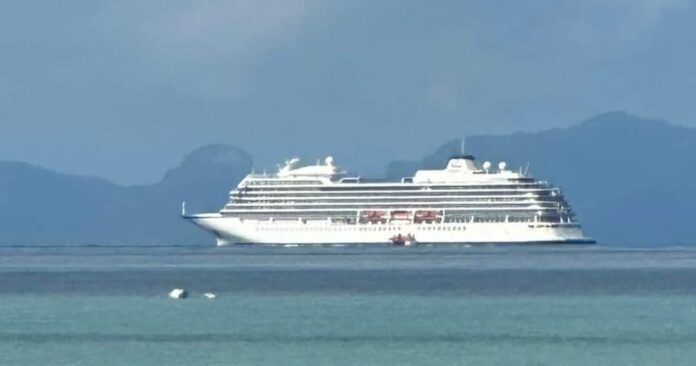 The first European cruise ship to arrive at Surat Thani’s Koh Samui island in three years officially docked on Sunday (27 November), bringing 636 passengers for a day trip to Koh Samui and Koh Phangan. The visit was expected to generate over 2 million baht in revenue for the local community within the first day.
Welcoming the passengers of the M.V. Viking Mars as they disembarked at Nathon Pier was Koh Samui District Chief Officer Chayaphol Intharasupha, along with Rear Admiral Charatkiat Chaiyaphan, Director of the Thailand Maritime Enforcement Command Center Region 2; Supakapan Yonchun, Director of the Tourism Authority of Thailand (TAT) Koh Samui Office; Samui Deputy Mayor Pakorn Kanchana-opas, and other representatives of local offices and tour operators.
Most of the 636 passengers were American and Australian nationals, accompanied by a crew of 470. The M.V. Viking Mars is the first cruise ship to arrive on the island in three years since the start of the global pandemic. It departed from the Port of Piraeus in the Greek capital Athens on October 25 and made stops at major ports in Israel, Egypt, Jordan, Oman, India, Sri Lanka, Malaysia, and Singapore, before arriving in Thailand.
The first group of tourists bought tickets for one-day trips to popular tourist attractions such as Wat Phra Yai, Wat Laem Suwannaram, and Chaweng Beach, along with various seafood restaurants. Others continued on to Koh Phangan or traversed the community or Nathon Pier, visiting local massage shops and spas. 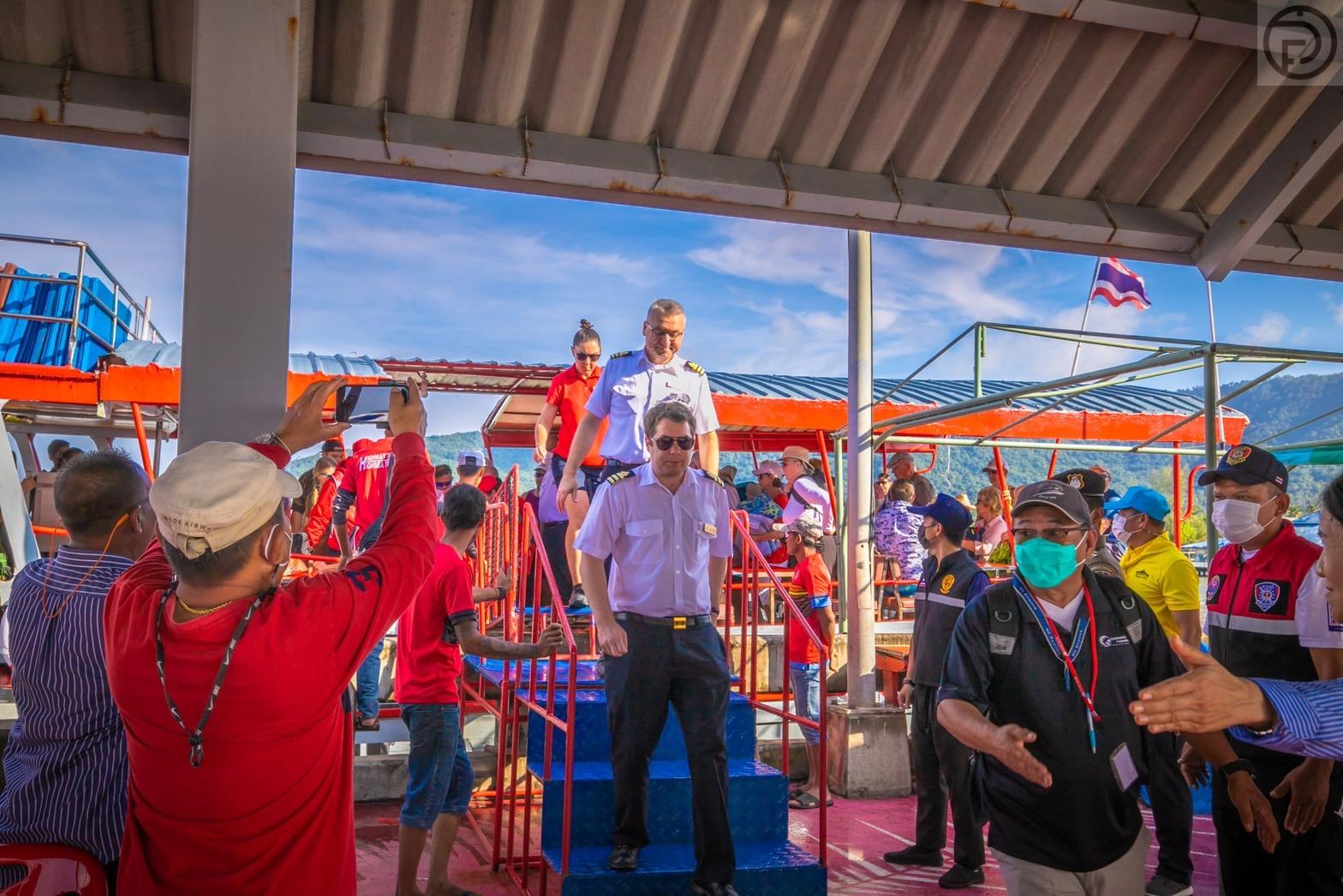 Director Supakapan said the TAT’s “Always Warm” campaign was launched to help promote tourism in Thailand by letting the world know the kingdom is fully open and ready to accommodate foreign visitors with its renowned hospitality during the high travel season. Thailand’s tropical weather is especially attractive as many around the globe seek a more relaxing climate during the winter season.
The director also noted that Koh Samui was ranked the second best island destination in East Asia for Travel + Leisure Magazine’s “Asia’s Best Awards 2022. She cited the island’s friendly and welcoming residents, as well as its natural beauty and atmosphere, as ideal for rest and relaxation. 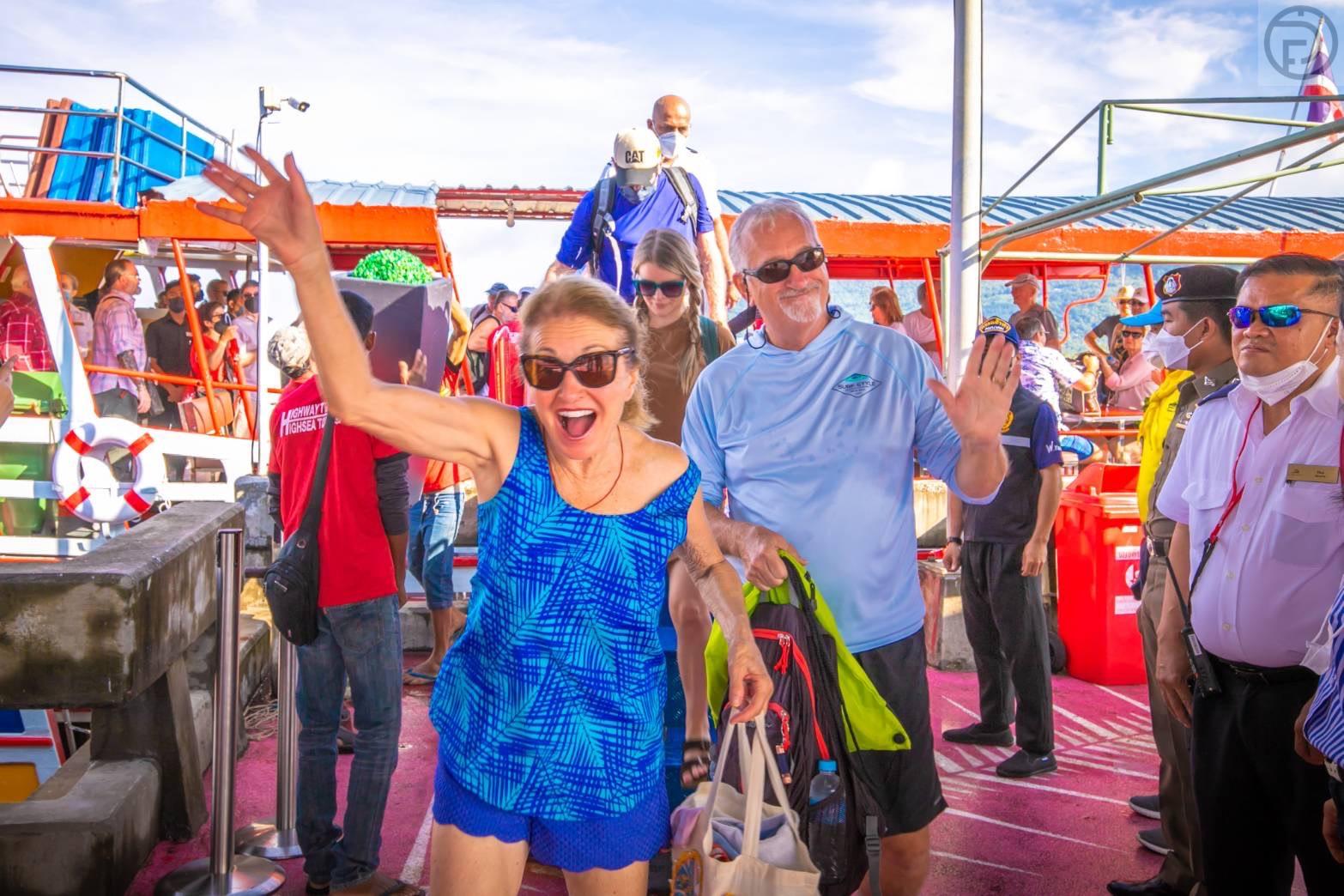