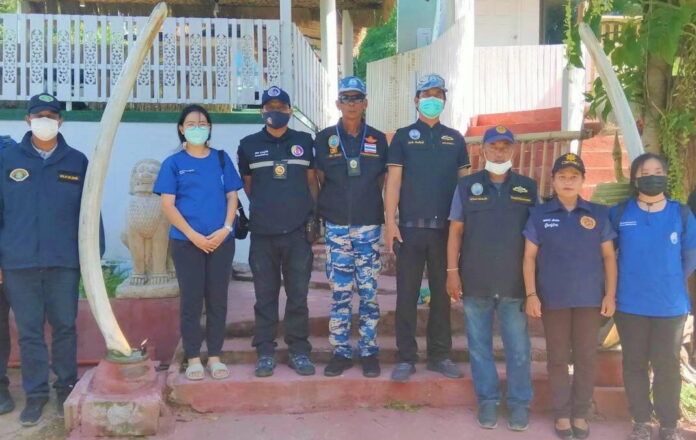 A French man has been arrested in Rawai for illegal possession of parts of whale skeletons.

The Department of Marine and Coastal Resources (DMCR) officials told the Phuket Express that they received a tip-off from a person who asked not to be named that a foreigner in Rawai has allegedly illegal possession of whale skeletons.

Officials have continued their investigation in which they have finally arrested Mr. Thierry Alain, 52, French national, in Rawai yesterday (November 21st). Seized from him were parts of the lower jaw of a Baleen Whale.

He admitted to officials that the whale skeleton belongs to him. He was taken to the Chalong Police Station to face charges with offending the Wild Animals Protection Act.