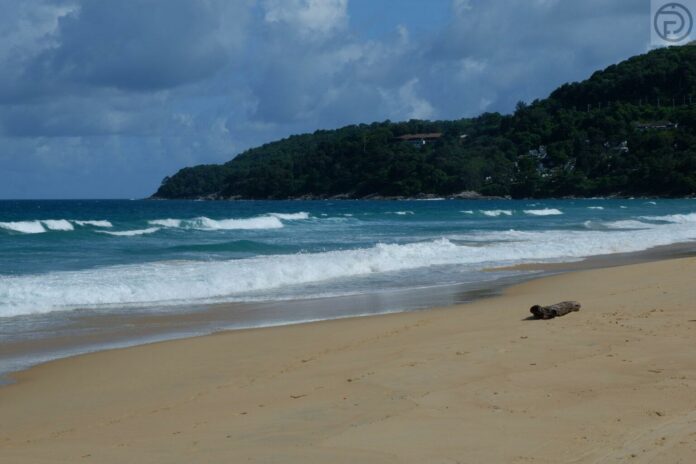 A 60-year-old Russian tourist drowned at Karon Beach in Phuket while on holiday with his wife.

The Phuket Tourist Police Lieutenant Colonel Eakkchai Siri told the Phuket Express that the Karon Municipality rescue team was notified yesterday of the incident (November 13th) by a lifeguard at Karon beach.

They arrived at the beach near the Karon Circle to find the unconscious male foreigner on the beach. He was rushed to a nearby hospital where he was pronounced dead upon arrival.

His wife said they went into the sea together before she came up onto the beach. She went back to the water again before she saw her husband floating in the water.

Lieutenant Colonel Eakkchai told the Phuket Express that the area where the Russian tourist drowned is available for swimming. There are no rip currents. Witnesses saw the Russian man facing down. Lifeguards believed he might have fainted or had a health issue before drowning.

The incident is still under investigation by relevant agencies.