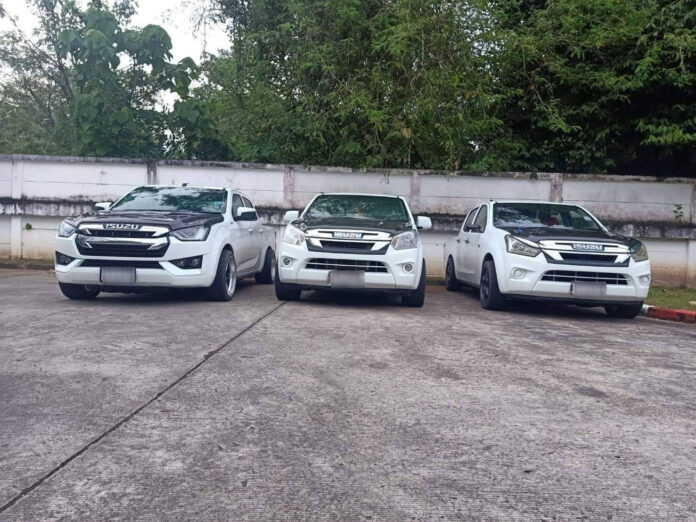 Three pickup truck drivers were fined 2,000 baht each after a video clip of their trucks racing went viral in social media.

Phuket Traffic Police are hunting for several unidentified pickup truck drivers after a video clip of multiple trucks racing on a road in Phuket has gone viral on social media.

The three unidentified men said they were the drivers in the viral video clip. They drove very fast with loud noises as shown in the video clip, breaking noise ordnances and speed limits, as well as disturbing the peace, according to Sarawut.

The three men are facing charges of causing loud noises without a necessary reason, reckless driving and modifying vehicles illegally. They were fined 2,000 baht each but as they were cooperative with police and surrendered themselves their identities were withheld from the press.