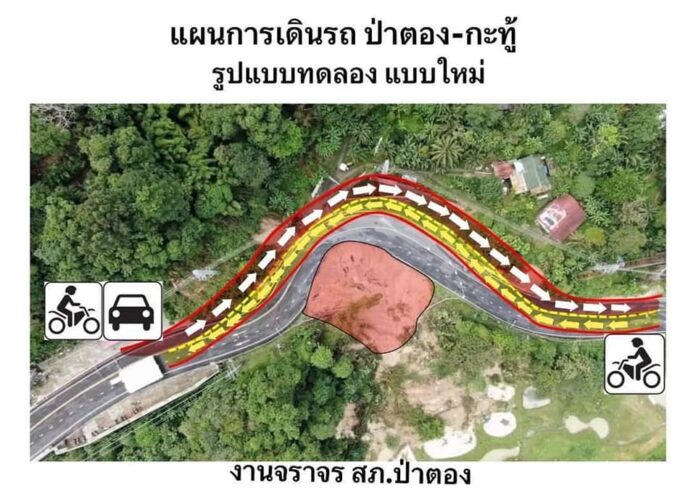 Cars are not allowed to pass on the collapsed Patong hill in the Kathu to Patong lane.

Cars allowed to pass on the partially collapsed Patong Hill Road on both lanes.

Road users are being advised to avoid using the Patong Hill Road during rush hour.

The Patong Municipality announced at 10:50 P.M. last night (November 11th) that due to the repair work on the collapsed Patong hill yesterday large rocks falling caused soil movement leading to concerns of a fresh road collapse or landslide.

Thus, for road user safety traffic for cars are being closed in the Kathu to Patong lane from after midnight yesterday onward.

Meanwhile, motorbikes are still allowed to go up and down from Patong Hill (Both lanes) but cars are now only allowed in the Patong to Kathu lane.

It was unclear how long this new restriction would be effective for.