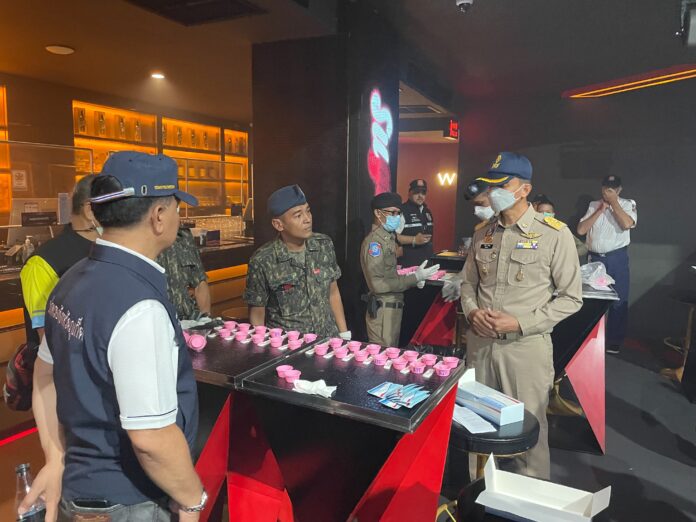 Only one staffer from almost two hundred at entertainment venues on Bangla Road in Patong tested positive for drugs in a crackdown.

A team of officials from the Kathu District Chief last night (November 7th) conducted a urine drug test in entertainment venues on staffers with no notification in advance.

The Patong Police Chief Colonel Sujin Nilbodee told the Phuket Express, “This is part of a entertainment venue campaign we are calling “X-Ray” to suppress illegal drugs usage and sales.”

“Staffers from five entertainment venues on Bangla Road were given drug urine tests, in total 184 staffers. Only one man tested positive for drugs.” Sujin stated.

Colonel Sujin added that the crackdown would continue.