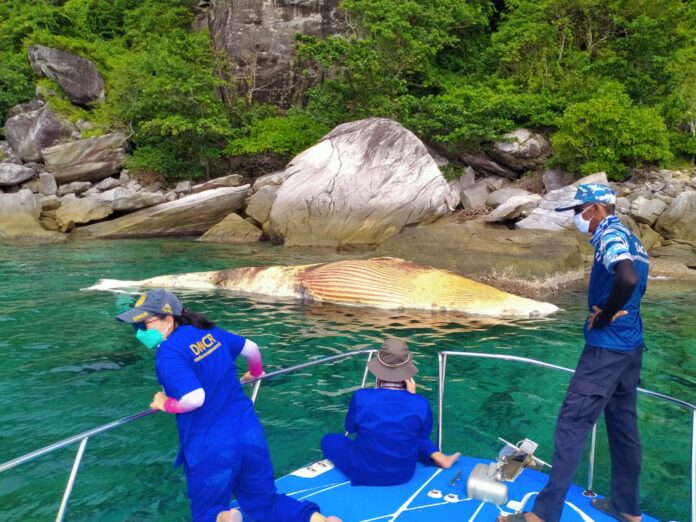 A huge, rare, Bryde’s whale was found dead at the Racha Island off of the Rawai sub-district, Mueang Phuket district.

The Phuket Fisheries Office was notified from Mr. Sarit Jadee that a massive whale was found dead on a beach at the Racha Island yesterday (October 30th).

The Department of Marine and Coastal Resources Phuket (DMCR) Office was called to the scene. The whale was found dead on the Laem Sai Beach in the south of the Racha Island.

It was identified as a female Bryde’s whale at least 13 meters long. The whale had been dead for at least a month. The whale was pulled back to the shore to find its cause of death which was not clear as of press time.